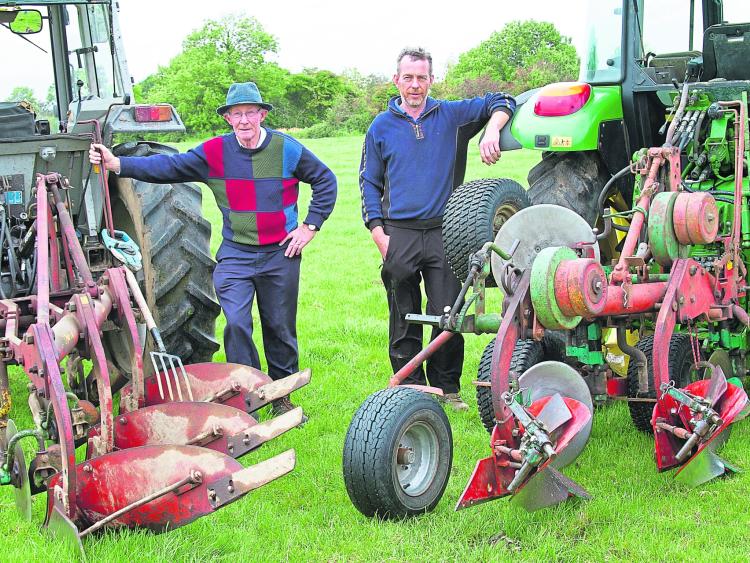 Our photograph shows well known Edgeworthstown ploughmen Anthony Reynolds and his father Tom with their tractors.

Our photograph shows well known Edgeworthstown ploughmen Anthony Reynolds and his father Tom with their tractors.

Tom came out of retirement to plough in this year's competition, which makes the victory all the sweeter !
Anthony will now represent Ireland in the 2018 Five Nations Ploughing Championships.