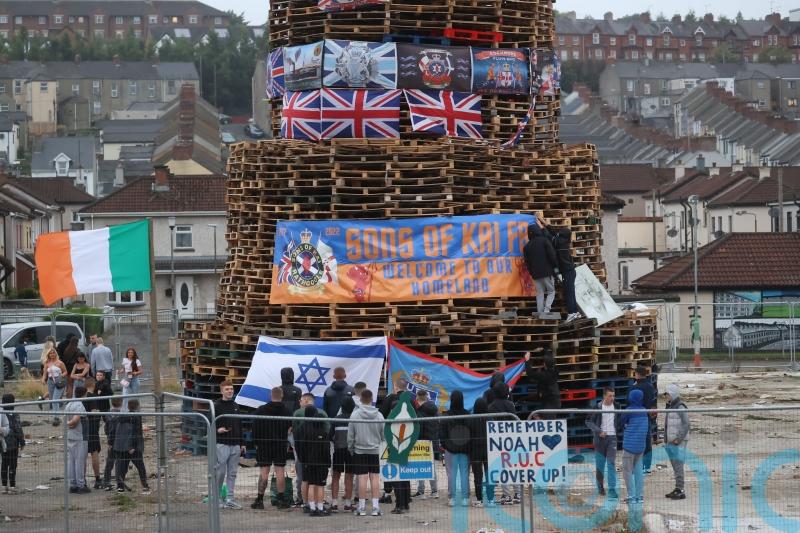 DUP leader Sir Jeffrey Donaldson has condemned the placing of poppy wreaths, flags and images on a nationalist bonfire in Derry.

Sir Jeffrey described the actions as an “outrageous and offensive display of hate”, which should be “universally rejected”.

He tweeted: “When this generation is told there was no alternative to violence, this is the result.

“There was always an alternative to killing people.” 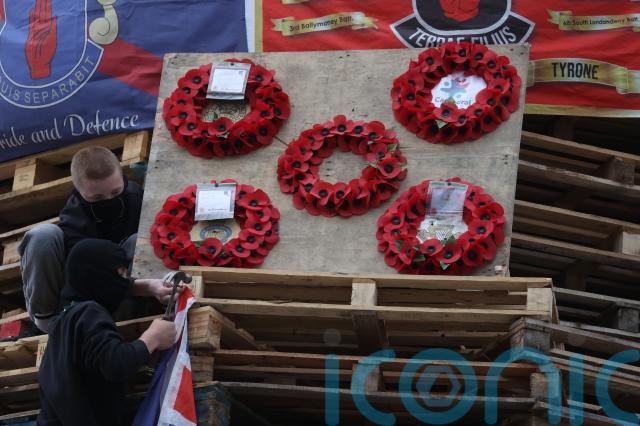 The bonfire in Derry’s Bogside area displayed images of the Queen, a PSNI Land Rover as well as flags and wreaths. A large crowd gathered to watch the bonfire being lit on Monday night.

“The burning of flags, wreaths and posters which include politicians and other political figures is deeply offensive and is a hate crime.

“There is no place for these displays of hate anywhere in our society. It must stop now.”

SDLP leader Colum Eastwood in a tweet said: “This is totally out of order. Why do they need to mimic the worst elements of loyalist culture?”

SDLP councillor John Boyle said the display on the bonfire at Meenan Square did not represent the local community.

“The placing of these images and flags on the bonfire in Derry is disgraceful and I condemn it in the strongest possible terms,” he said.

“Those behind this bonfire do not speak for the people of the Bogside who want to live in peace with their neighbours.”

It follows condemnation at the weekend of a number of incidents, including pro-IRA chanting at a Wolfe Tones gig in west Belfast and chants of “Brits out” at the unveiling of a mural. 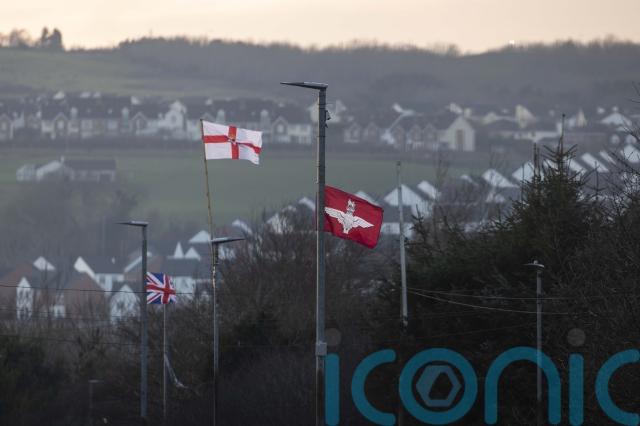 Meanwhile Larne Football Club has suspended player John Herron after he was photographed wearing a T-shirt with the slogan “Up The Ra”.

In Derry, there was condemnation over the sale of Parachute Regiment flags and UVF flags at a stall at a loyalist parade on Saturday.

Some of the families of those killed during Bloody Sunday in 1972, when the Parachute Regiment opened fire on civilians during a civil rights parade, said they felt personally insulted.

The Apprentice Boys, who organised the parade, have distanced themselves from the stall, and described the incident as “regrettable”.

Mr Boyle added: “It’s extremely disappointing that we are seeing this just days after the sale of UVF and parachute regiment flags in our city.

“While I understand the hurt and pain that has caused people, reacting in kind serves nobody.

“People who wish to celebrate and commemorate elements of their culture and traditions should always aim to do so in a non-confrontational way without seeking to offend or upset anyone else.

“The past few days have shown that as a society we still have work to do in order to move forward as one.”

Bonfires are traditionally lit in nationalist areas of Derry on August 15.

The fires are associated with the August anniversary of the introduction of internment without trial during the Troubles, and also coincide with the  Catholic Feast of the Assumption. 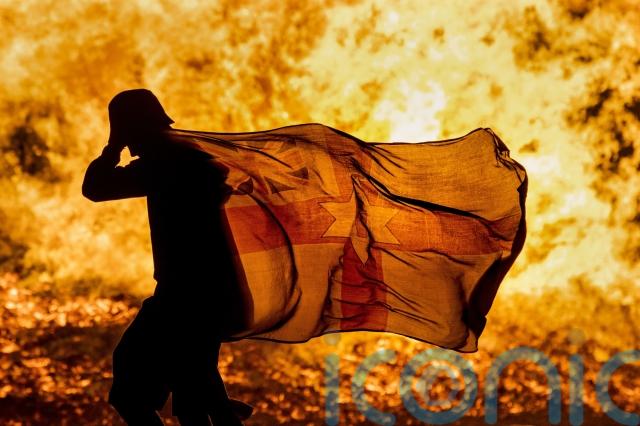 Republican and loyalist bonfires continue to be a source of controversy in Northern Ireland.

Bonfire builders from both communities have provoked anger in the past by burning symbols associated with the other’s culture.

No major pyres were lit in Belfast last week to mark the anniversary of the introduction of internment on August 9 1971.

This follows efforts which have been made over several years, including a large music concert as part of Feile An Phobail, to divert young people from bonfires.

In July, police announced they were looking into almost 60 potential offences reported as having taken place at loyalist bonfires to mark the anniversary of the Battle of the Boyne.

These reports include allegations of theft and destruction of political material, flags, hate slogans and effigies.

There was widespread condemnation after photographs emerged of hanging effigies of Sinn Fein president and vice-president Mary Lou McDonald and Michelle O’Neill, as well as Alliance Party leader Naomi Long, on a bonfire in Carrickfergus.