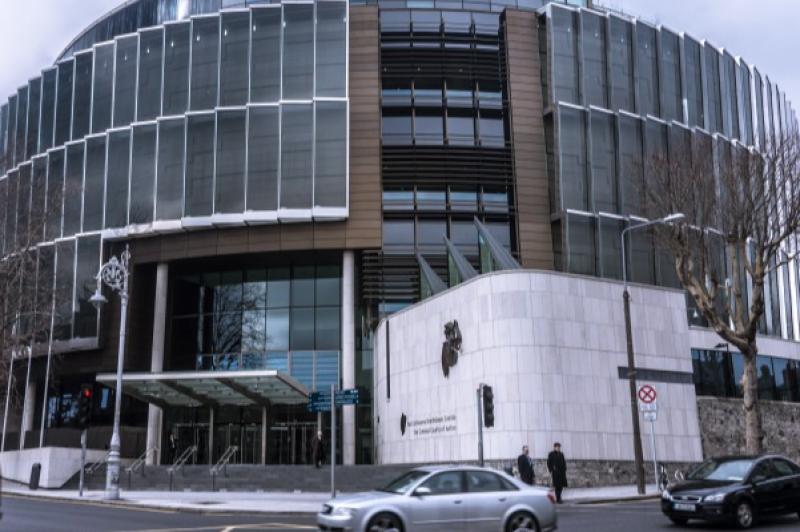 The Special Criminal Court has sentenced to ten years imprisonment a former All-Ireland winner who stole an "eye-watering" sum of money as part of a cross-border gang that used stolen diggers to pull ATMs from walls.

Ms Justice Tara Burns said today at the three-judge court that Daniel O'Callaghan (32) took part in an "audacious" operation on behalf of a "well oiled" criminal organisation that committed a series of ATM thefts and an attempted theft that was thwarted by gardai in 2019.

O'Callaghan had control over what the judge said was an "eye watering" sum of stolen money, amounting to more than €700,000.

O'Callaghan played a central role, the judge said, as a planner and active member of the gang.

She said O'Callaghan contested the charges against him despite being caught "red-handed" at the scene of an attempted ATM theft in Virginia, Co Cavan.

Three of O'Callaghan's accomplices were jailed last week for their roles in the ATM thefts.

Stephen Duffy (35), of Tullynahinera in Castleblayney, Co Monaghan, was sentenced to four years imprisonment for possessing stolen cash at The Yard in Tullypole, Moynalty, Co Meath.

Gerard Duffy (31), of Loughnamore, Co Monaghan, was jailed for a total of seven years and nine months for the attempted theft of an ATM at the Riverfront Restaurant on the Main Street in Virginia, Co Cavan.

The youngest of the Duffy brothers, Ciaran (28), also of Loughnamore, Co Monaghan, was given a total of seven years and nine months imprisonment for the attempted bank machine theft and participating in the movement in cash on behalf of a criminal organisation.

All three brothers had pleaded guilty to the charges against them.

O'Callaghan (32), of Monog Road, Crossmaglen, Co Armagh, who won three All-Ireland club medals playing for Crossmaglen Rangers, was convicted after a trial last month of 16 offences relating to a series of ATM thefts in Meath, Cavan and Monaghan in 2018 and 2019.

Ms Justice Burns said that O'Callaghan does not get the benefit of a guilty plea but she said the court would take into consideration that a number of witnesses were not required to give evidence during his trial because he did not contest certain issues.

She also considered a mitigating factor to be his involvement in his family and his local community.

Setting a headline sentence of 11 years for the most serious offences relating to his involvement in a criminal organisation, Ms Justice Burns said she would suspend the final year having considered the mitigating factors.

O'Callaghan has entered a bond to keep the peace for three years following his release or he could serve all or part of the suspended sentence.

Sentences for the other offences ranged from three years and six months to eight years and are to run concurrently.

In returning judgement last month Ms Justice Tara Burns at the three-judge, non-jury court found that O'Callaghan was "intimately involved" in the planning of the thefts, which followed a "modus operandi" that was seen in several other thefts that the court said were carried out by the same gang earlier in 2019 and in late 2018.

The final attempt to steal an ATM was thwarted by gardai who were watching as the gang drove a digger up beside an ATM in Virginia Co Cavan in the early hours on August 14, 2019. Gardai saw a stolen Toyota Landcruiser in convoy with the digger.

The Landcruiser was pulling a trailer into which the gang intended to place the ATM before taking it to a premises at Tullypole, Moynalty, Co Meath where the money would be removed.

Gardai would later discover more than e438,000 hidden in various locations and buried in the ground at Tullypole.

Gardai at Virginia rammed the Landcruiser, prompting O'Callaghan and another man to run from the jeep while a third man ran from the digger.

All three jumped over a wall into a field but before they got away a garda from the National Surveillance Unit (NSU) and another garda from the Emergency Response Unit identified O'Callaghan.

She said the identification by the NSU officer was particularly reliable because he had familiarised himself with O'Callaghan over many years as part of his duties in preventing and detecting cross-border crime.

The officer was just a few feet away from O'Callaghan with a clear view when he made the identification, Ms Justice Burns said.

O'Callaghan's DNA was also found in a sauna in a nearby shed where O'Callaghan hid while gardai searched the area and caught two of his accomplices.

The owner of the shed told gardai he suspected an intruder had interfered with the insulation in the shed's attic.

They carried out the thefts early in the morning when there were few people or gardai around.

In each case they used a digger to dig the machine out of the wall in an "efficient and skilled manner".

The gang members were also forensically aware, she said, and occasionally set fire to the vehicles they had used, used "burner" mobile phones and crossed the border with Northern Ireland to escape the attention of gardai.

O'Callaghan had pleaded not guilty to offences under Section 72 and 73 of the Criminal Justice Act.

He was found guilty of the attempted theft of an ATM at the Riverfront Hotel, Main Street, Virginia, Co Cavan on August 14, 2019, for the benefit of, at the direction of, or in association with a criminal organisation.

He is also guilty of the theft of an ATM on Main Street, Castleblayney, Co Monaghan, on  April 3, 2019 for the benefit of, at the direction of, or in association with a criminal organisation.

He was found guilty of two charges of participating or contributing to the possession of cash totalling €125,930 intending to facilitate the commission by a criminal organisation or any of its members of a serious offence at Tullypole, Moynalty, Co Meath, on August 14 and 20, 2019.

He is guilty of possessing €298,000 at the same location on August 14, 2019, along with a charge of possessing a petrol can intending to use it or cause or permit another to use it to damage a stolen Toyota Landcruiser with false plates in Virginia, also on August 14.

In addition, he is guilty of possessing a stolen Toyota Landcruiser, possession of a stolen 14-tonne digger and appropriating a digger without the consent of its owner in Virginia.

Calls for roundabout at McEntee Ave junction in Dundalk