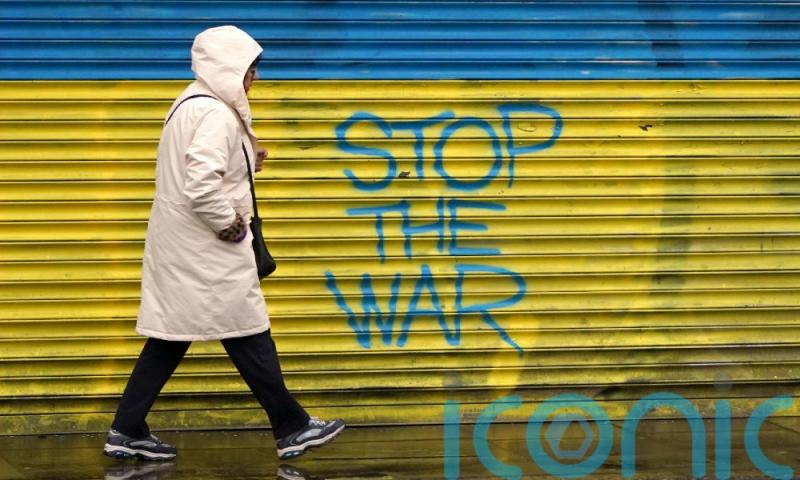 The shelling of a nuclear power station in south-eastern Ukraine is a “new red flag” that the war does not just affect Ukraine and Russia, Ireland’s foreign affairs minister has said.

Russian forces shelled the station – the biggest nuclear plant in Europe – in the city of Zaporizhzhia overnight, with the attack continuing even as emergency services tried to put out the resulting fire.

Simon Coveney said the assault concerns everyone on the continent who could have been impacted by a disaster there.

A breach of the facility could release higher radiation levels than those seen after the world’s worst nuclear accident at Ukraine’s Chernobyl in 1986, he warned.

Mr Coveney joined foreign ministers from the European Union, the UK, US and Canada in Brussels to show his support for Ukraine.

He said the ministers would not be signing off on a new raft of sanctions, though further measures will be agreed later.

“I think it’s really about sending a very clear message to the world that we in the European Union and our other partners are really disgusted and outraged by what we continue to see day after day in Ukraine, and Russia’s actions, which clearly are a breach of international law,” Mr Coveney said.

He said he does not “think there’s any credible arguments now that war crimes aren’t being committed on a daily basis”, saying civilians and civilian areas had been targeted.

He said: “I think what we’ll see is some very strong statements today and a determination to work together to ensure that we continue to isolate Russia internationally, not just in Europe.

“We will send a very clear message to Moscow that this simply isn’t acceptable, and to increase the calls for a ceasefire and an end of hostilities, and a return to political dialogue and diplomacy.

“The targeting of the violence and the fire at this nuclear facility, I think, raised a new red flag, if you like, in relation to this conflict, that this is not just about Ukraine and Russia.

“It’s about all of us who live on the continent of Europe who could potentially be impacted by an accident or a breach of that facility that obviously could release radiation that would be multiples of the volume and size of what happened at Chernobyl.

“I think that has added a sense of urgency on that particular issue.”

The Fianna Fail said Cabinet ministers discussed how the country will provide education for Ukrainian children and access to healthcare facilities, the social protection system, and the right to work.

“Some ministers have been tasked to work on those issues,” Mr Martin added.

“In terms of the energy issue, we know that is very pressing and we will work with our European Union colleagues but also the key ministers in that area.

“It’s something we have to work through for the medium term as to how we deal with this exponential growth and the price of fuel and gas, which has risen to extraordinary heights.

“As we emerge from Covid and because of the war in Ukraine and the decision of Russia to hold back supplies in advance of that, and other factors, now the war will make it worse.”

Mr Martin warned that the war will have a “real impact” on Ireland due to the amount of grain that is exported by Russia and Ukraine.

Mr Martin added: “We are very concerned overall. The multilateral order has been turned upside down. This is a very serious moment in the history.

“We need cool heads to deal with this. The Russian aggression is morally unacceptable and it’s in everyone’s interest that the spread of nuclear radioactive material doesn’t happen.”

“In the first instance, our military non-alignment has in no way hindered our approach to the war in Ukraine. We have been very pro-active,” he added.

“We are not neutral in what has happened in Ukraine.”