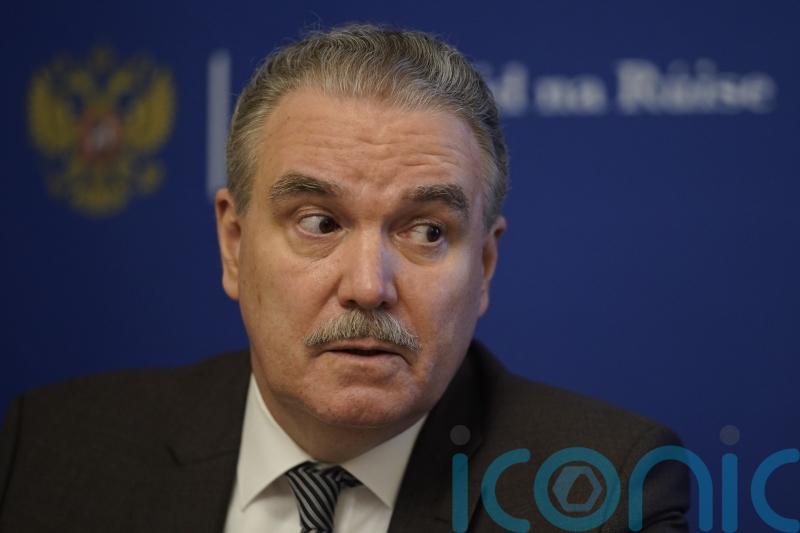 Irish ministers have defended the decision to so far not expel the Russian ambassador.

It comes amid growing pressure in Ireland for Yury Filatov to be expelled from the country over the actions of Russia in Ukraine.

Justice Minister Helen McEntee today (Sunday February 27) said she understood why people were “upset” at the presence of the Russian ambassador to Ireland remaining in the country.

However, she rejected the suggestion the issue was causing “tension” in Government.

“We have over 50 Irish nationals that are still in Ukraine,” she told RTÉ radio.

“And there is a potential that if the ambassador is expelled that we will see an immediate closure of our embassy in Moscow and a complete breakdown of diplomatic relations. And we don’t know what’s going to happen in the coming weeks.

“We need to make sure that we can support our Irish citizens.

“Nothing is off the table here.”

On Saturday evening, nearly 40 Fianna Fáil TDs, senators and MEPs signed a petition calling on Mr Filatov to be ejected from Ireland. 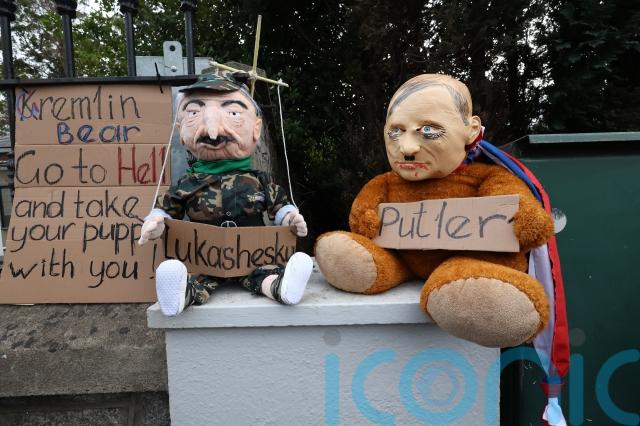 The chair of the Oireachtas Foreign Affairs Committee and senior Fine Gael TD Charlie Flanagan also tweeted a call for the ambassador to be forced to leave Ireland.

Another Irish minister said that he was “proud” of his party colleagues who have called for the expulsion of the Russian ambassador.

Fianna Fáil TD Thomas Byrne, who is the minister for European affairs, said on Sunday the expulsion of Russian diplomats from EU countries was “under discussion”.

“I’m very proud of my Fianna Fáil colleagues who have taken consistently a proud stand for Ukraine, for democracy and against the autocracy in Russia over the years, particularly in the European Parliament, but also in the Dáil and yesterday,” Mr Byrne told the BBC on Sunday.

He indicated that such action was being discussed in the EU, but cautioned such a move would lead to a response from Russia.

“It’s under discussion, there’s no question, but it’ll be done on a European level.

“I think we’ll have much greater effect if we all make a move together.

“There are certain factors we have to take into account.

“You must keep lines of communication open, but also you must ensure that your own diplomats in Russia are not kicked out either because then you’re at a disadvantage, obviously then dealing with Irish citizens or other European citizens who may be there.

“So, this is certainly under discussion at a European level. My preference will be to deal with this as part of a common approach.”

According to the Sunday Independent, Foreign Affairs Minister Simon Coveney told the paper that he expects Ireland to expel some Russian diplomats as part of the next set of EU sanctions, but will stop short of expelling Mr Filatov.

Mr Coveney told the paper that not having a line of communication to Moscow would be a “mistake”.