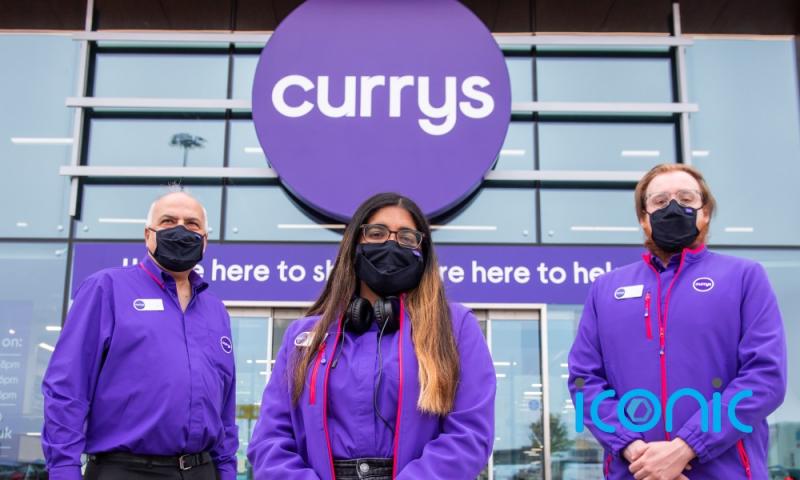 Currys saw sales drop over the key Christmas period as supply issues left the retailer short of stock for some popular tech products.

The company said demand for some tech was “strong”, such as games consoles and virtual reality consoles which “flew off the shelves”.

However, Alex Baldock, group chief executive, said the firm “would want more” stock of consoles including the PS5 and Apple technology products as supply was impacted by global chip shortages.

The retailer trimmed back its profit forecasts for the year as it also highlighted “uneven” demand for products across its range.

“It’s important to say that we got more than our competitors and worked incredibly hard to ensure good stock from our suppliers.”

He highlighted that, while game console demand boomed, it witnessed “softer” demand for big ticket items such as TVs, which cooled after strong sales in the summer ahead of the Euros football tournament.

The firm reported that like-for-like group sales dropped by 5% for the 10 weeks to January 8 compared with the same period last year, but were 4% above pre-pandemic levels.

The company said sales in Ireland and the UK were 6% lower than during the same period a year earlier.

The group’s international division saw sales decline by 3% over the period compared with 2020, although this was 14% ahead of figures from two years earlier.

“Against this backdrop, Currys’ colleagues showed their resilience and the stronger business we’ve built.

“We gained market share, improved customer satisfaction, traded profitably and can look ahead with confidence.”

Currys said it expects to post adjusted pre-tax profits of £155 million (€186 million) for the current financial year as a result of the performance.