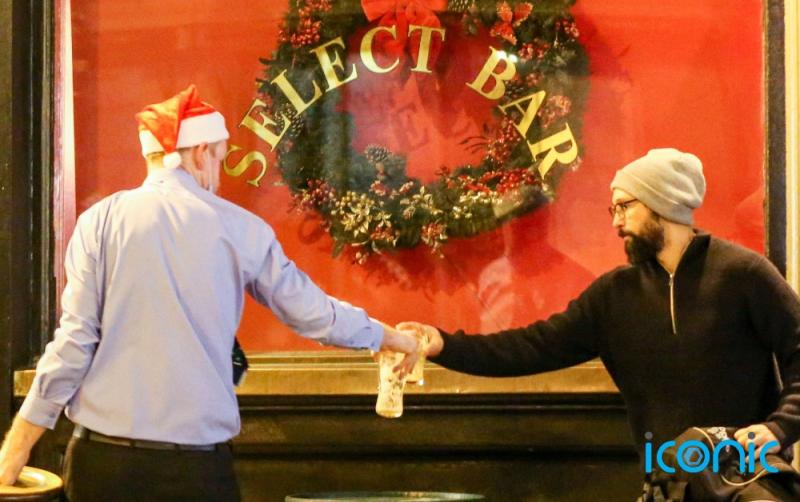 The Government cannot risk letting the Omicron variant of coronavirus “rip” through the population, Taoiseach Micheál Martin has said.

Fresh restrictions were introduced yesterday (December 20) including an 8pm curfew on hospitality, while the chief medical officer has urged people to rethink their Christmas plans.

Martin has said that while there are doubts over Omicron’s severity, the experience of last Christmas shows we cannot “let it rip and hope for the best”.

Last January saw one of the most significant waves of the pandemic, with hospitals pushed to breaking point following the arrival of the Alpha variant and increased socialising at Christmas.

The Taoiseach said about the experience of last year: “It does weigh on me, of course, and there are similarities here.”

He added: “There was a variant arrived on the scene. We didn’t have as much knowledge perhaps of Alpha as we now do of Omicron.

“We know what happened in terms of when a variant comes along that has a significant advantage over the previous iteration of the virus.

“It can wreak havoc and you get many, many new cases, you get more hospitalisation.

“We got through it in the end, but it was with a heavy price.”

Speaking on Newstalk Breakfast today (December 21) he said: “That is the context and we cannot take the risk with the population. We cannot take that risk in terms of just letting it rip and hope for the best.

“That would not be, I think, the right thing to do.”

The Taoiseach said the country was facing “a very challenging January”, but that without vaccines, we would be in “total lockdown”.

He said the booster campaign would help see the country through the next wave.

“I think it will give us a significant protection,” he said.

“I think we can get through this.  It’s many twists and turns and there’s no guarantees, one cannot be certain.

“But I think the combination of the booster campaign with modification in our behaviour with the restrictions that have been introduced, if you combine all of that, I would like to think that we would be in a better position compared to last year in the context of a new variant arriving on the scene.”

But he ruled out introducing a mandatory vaccination system.

“I personally have the view that we stick with a voluntary system. It has worked in Ireland more than anywhere else in the world,” he said.

“Some of those countries are now talking about mandatory vaccination. There’s no guarantee that will work by the way.

“I mean, I was listening to one prime minister talking about fines of 600 euros every three months. That’s what mandatory regime looks like.

“In my view, I think we have to keep pushing the voluntary approach which has achieved an enormous amount.”

Martin was speaking ahead of a Cabinet meeting at which ministers will discuss changes to support schemes for businesses, in light of the new restrictions.