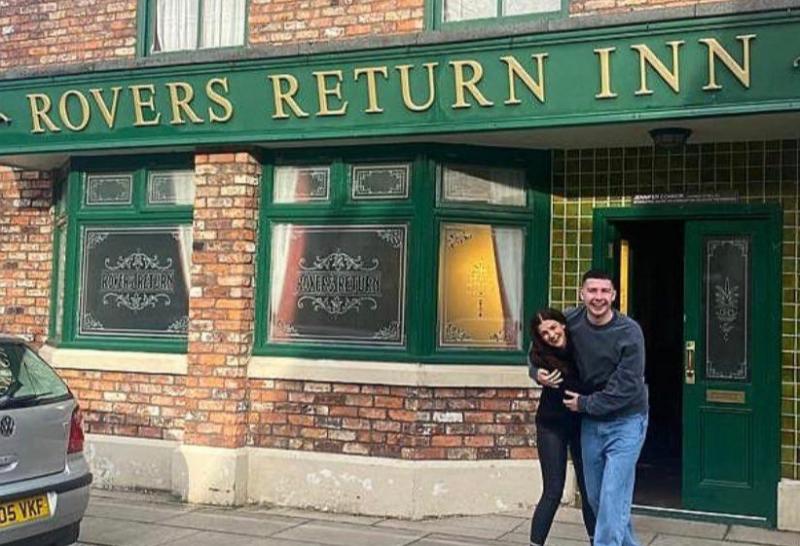 Derry native, Maranna Ryan, is “so excited” to see her two kids work together on the famous cobbled streets.

Maranna, who now resides in England, said all three of her children act and despite all their success, they will always be her babies.

The eldest son, Charlie, is currently in panto in England as his two younger siblings get ready to work together on the ITV soap.

Speaking of their achievements she said: “I am so proud of them all. It is still a little strange to see them on TV but I am just so proud.

“They have all been acting from when they were wee and to see them achieving all these things is amazing.

“It’ll be so lovely to see them both working together. I just wish my mammy was here to see this, she would have been bursting with pride.”

Rebecca’s godmother, Adrianne added: “I am so, so proud of them all. Acting is in their genes.

“To have one talented actor in a family is one thing, but to have all three, is amazing.

“They are all great and I am so proud of Rebecca for getting this role to work alongside Jack.”

Coronation Street star, Jack James Ryan, is " beyond proud” to be joined by his sister Rebecca Ryan on the ITV soap.

Jack has been starring on Coronation Street for around a year whilst Rebecca also has many acting accolades under her belt.

The 30-year-old has starred in Shameless, Casualty and Waterloo Road with her acting career launching when she was just eight years old.

The Shameless star will be taking on the role of Lydia in upcoming scenes.

Jack praised his "inspirational" big sister Rebecca and wrote: "Still can’t believe this is happening but I’m beyond proud to finally announce my ridiculously talented sister is joining the cast of Coronation Street.

"When people asked me what I wanted to be when I grew up, I’d say 'an actor on TV like my big sister'.

“You’ve been my biggest inspiration and I’ll never be able to articulate just how proud I am to be your little bro.

"They say never work with family but on this occasion, I’d like to strongly disagree.

“Can’t wait for Lydia to hit our screens in December so make sure to keep an eye out to see what she gets up to.”

Rebecca also took to social media to celebrate the exciting news and the opportunity to work with her younger brother.

She wrote: “So excited to be joining the cast of Corrie. What a dream come true not only do I get to be a part of this amazing programme but I get to do it all with my best mate and little brother,”

Rebecca's new character, Lydia, will be involved in a storyline with Sarah and Adam Barlow, and she is reportedly set to make her first cobbles debut this week.