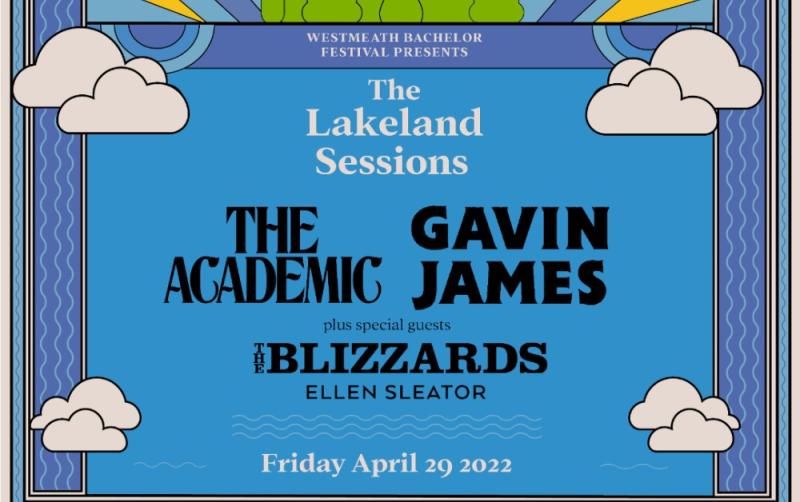 The Academic, Gavin James, The Blizzards, and Ellen Sleator are set to perform at 'The Lakelands Sessions' in Westmeath which will take place in April 2022.

The Lakelands sessions are running alongside the search for Ireland's Most Eligible Bachelor which takes place on Sunday, May 1, and will be judged by celebrity guests Nathan Carter, Anne Doyle, Doireann Garrihy & Louis Walsh.

"We are so excited for next year and especially excited to be coming back to play our biggest hometown show in April for the Lakeland Sessions. It’s going to be the biggest gig the town has seen in years and we are so excited to have some of our good friends on the bill as well." he added.

Further acts will be announced in the coming days for Saturday, April 30, and Sunday, May 1.

Event Manager of Westmeath Bachelor Festival Thomas Nally said the location of the gig is 'a great one' and Mullingar is 'smack bang in the middle of the country' which makes it an accessible location for music lovers across the country.

"It is just over an hour from Dublin, 1hr40 from Galway, 2hrs10 from Limerick, 2hrs20 from Belfast and is serviced by Irish Rail and Bus Eireann." he added.

Ticket prices are set at €55 and will be on sale on Friday, November 19.

Tickets for the festival can be bought here.