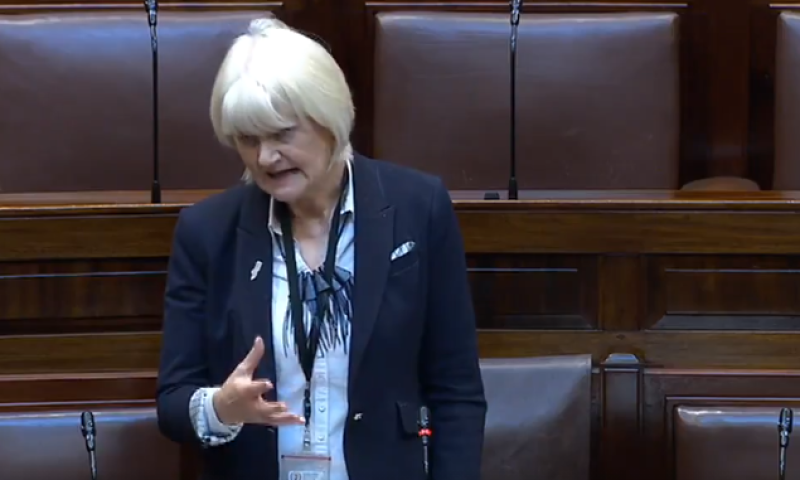 A TD is seeking clarity on de-carbonisation supports for farmers, who she says are being "asked to do more with less".

Deputy Marian Harkin made the comments during Leaders' Questions with Tánaiste Leo Varadkar today, where she asked whether or not a programme is in place to support the agriculture sector.

Speaking about Budget 2022, she said, "There have been small investments in forestry and organic farming, but nothing substantial for a sector that's supposed to do much of the heavy lifting when it comes to reducing emissions.

"There's been an increase [in spending] on administration and animal welfare, but when it comes to the back pocket of farmers there's nothing in this budget specifically for them."

The deputy criticised the ringfencing of the carbon tax and claimed the needs of the farming community are not being met.

According to Deputy Harkin, €49million from carbon tax receipts which was supposed to go into agriculture has been deferred to social welfare instead.

The Tánaiste said she raised a valid question about the ringfencing but that he didn't think it was "the full picture" in terms of the budget.

According to Tánaiste Varadkar, when the government was formed a portion of the carbon tax was ringfenced for social welfare and fuel allowance.

He said, "We did that, we stand over that. And a significant portion of the tax was ringfenced for climate action such as retrofitting, most of which will be happening in rural Ireland, and for farmers as well."

He went on to say that farmers will benefit €1.5billion from the carbon tax this decade.

He also said, "It's important to bear in mind farmers are workers and members of society too and benefit from many of the changes in the budget. They benefit from reductions in income tax, some are welfare recipients, some are carers and get farm assistance. Many have students going to college and benefit from an increase in the student grant."