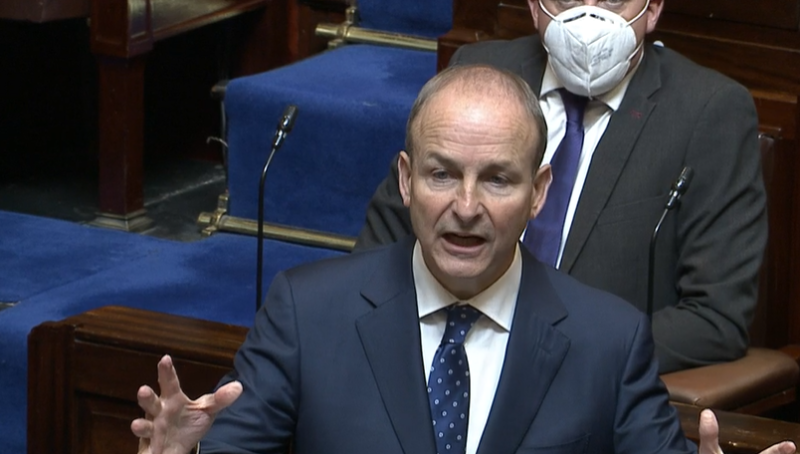 Sinn Féin leader Mary Lou McDonald has called the expected delivery of just eight affordable houses by year's end "a slap in the face" to all those in housing need.

She made the comments during Leaders' Questions in the Dáil today, where she asked Taoiseach Micheál Martin to explain why such a small number of houses are being delivered despite a 2018 allocation of €310million for 6,200 affordable homes in a three year period.

The Taoiseach said, "I reject the assertions of the deputy, we're very much focused on affordable homes. Right across the board you have opposed projects with significant affordable component parts. Thirty six thousand homes will be provided, additional to 90,000 social homes and 18,000 cost-rent homes, these are clear targets in the Housing for All strategy approved by government."

Deputy McDonald said providing just eight homes by the end of 2021 is "scandalous" and said, "You ought to be ashamed that this is your record in government."

The Taoiseach responded by saying, "What I think is scandalous is that your party opposed five hundred homes in Tallaght, of which 80% would be affordable homes, and opposed two hundred and seventy eight homes in Swords, and twelve hundred in Donabate. Don't come in here feigning surprise, this is about you exploiting the housing crisis for your own ends."

The Ceann Comhairle told Deputy McDonald she was bringing the House "into disrepute" when she asked for clarity on the point of Leaders' Questions, to which she replied, "What brings the House into disrepute is the height of blather we've had to listen to."

Is this the perfect 'escape to the country' home? Ideal rural retreat for less than €100k