Motoring review: The seven-seater Tarraco is a sporty workhorse to carry all the family in comfort 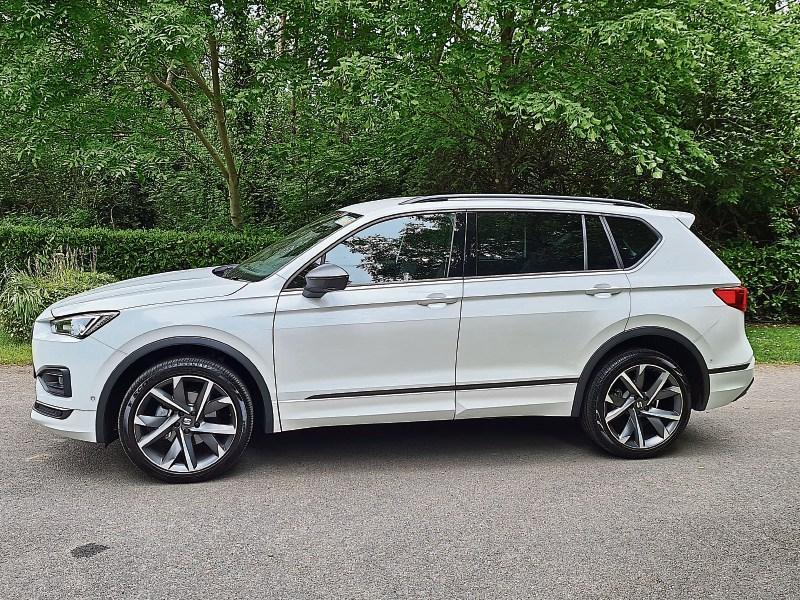 Named after the Mediterranean city of Tarragona in Catalonia, Spain, the terrific SEAT Tarraco became the Spanish car manufacturer’s flagship SUV when it was launched in 2019. SEAT has now added to its SE and Xcellence trim levels with the introduction of a sportier FR variant, which augments the seven-seat SUV’s sportiness with an exclusive exterior and interior look.

The SEAT Tarraco FR builds on all the benefits of the original but with a new, sportier, more dynamic dimension to its personality. A range of exterior enhancements, including the trim-specific grille with FR logo, highlights the vehicle’s change of character, while wider, black wheelarch mouldings, black roof rails and window frames with side mirrors painted in Cosmo Grey enhance the changes.

At the rear of the Tarraco a new sporty spoiler, coast-to-coast lighting, an exclusive rear diffusor, and rear logo in a handwritten style adds to its allure. The FR trim also brings with it the latest generation of infotainment systems, helping occupants to stay connected and up-to-date no matter where their journey takes them.

The SEAT Tarraco FR uses a range of new and optimised powertrains, both petrol (TSI) and diesel (TDI), producing the performance expected for a vehicle carrying the sporty FR badge, but balancing the need to lower emissions.

As well as traditional engines, the Tarraco SUV also brings plug-in hybrid technology to the segment, combining combustion and electrification to deliver a thrilling driving experience while aiding SEAT’s shift to a more sustainable approach to mobility.

The 150PS unit is available with either a six-speed manual gearbox or seven-speed automatic (DSG) transmission, with the 200PS unit available exclusively with SEAT’s acclaimed 4Drive (four wheel-drive) and DSG transmission.

A 1.5-litre petrol (TSI) engine with 150PS comes with a choice of manual or DSG transmissions, while a plug-in hybrid (PHEV) powertrain consists of a 1.4-litre TSI petrol engine mated to an electric motor which is powered by a 13kWh lithium-ion battery pack, and is driven by way of a six-speed DSG transmission to produce 245PS and 400Nm of torque.

The reassuringly rugged Tarraco features a raised ride height, a rising shoulder line, and a gently tapering roofline that all provide the large SUV with its attractive profile. It is the combination of elevated ground clearance and generous proportions that result in such a spacious cabin and, with up to seven seats available, varying combinations of passenger and luggage space is available.

Producing 150PS (148bhp) and 340Nm of torque, the turbo-diesel engine in my test car had ample pulling power for a fully-laden large SUV, while enabling the Tarraco to sprint from 0-100km/h in just 9.8-seconds, with fuel consumption as low as 6.3l/100km (up to 45mpg) on a combined driving cycle.

The Tarraco FR feels really good in corners and rides well over all surfaces, with only a limited level of body roll when cornering. For a large seven-seat SUV, the Tarraco is remarkably composed on the move, with responsive steering which provides great confidence when changing lanes on a motorway, or driving through bends on a back road.

You can select from four different driving modes — Normal, Sport, Eco or Individual — so the responsiveness of the Tarraco can be adapted to suit your mood or driving style.

On the inside, the Tarraco feels every inch a product of the Volkswagen group, although it’s subtly different to its smaller SUV siblings — the Arona and Ateca. At 4,735mm long, 1,839mm wide, and 1,674mm tall, the Tarraco is similar in size to the Skoda Kodiaq (with which it shares its platform), so excellent passenger space is on offer in the front and second row seats, while the third row seats are really best suited to children.

There are plenty of storage options, too, including door bins wide enough to house a large bottle of water, a storage bin beneath the centre armrest, and two large cup-holders. The amount of headroom is excellent throughout the cabin, while three sets of Isofix mounts across the rear seats will be useful for families.

The second row of seats split 40/20/40, which means you can fold the middle seat down when carrying long items, but still make use of the outermost seats.

In the Tarraco, you get 700-litres of cargo space with the third row of seats folded down, but this extends to a massive 2,005-litres when you fold down the second row of seats.

Overall, the SEAT Tarraco FR is truly great to drive, while its stylish good looks and smart interior are sure to impress even the most discerning of families looking for a large SUV for their family and leisure activities. SEAT Ireland is currently offering 3.9% PCP Finance, a €2,000 online discount voucher and three years servicing.