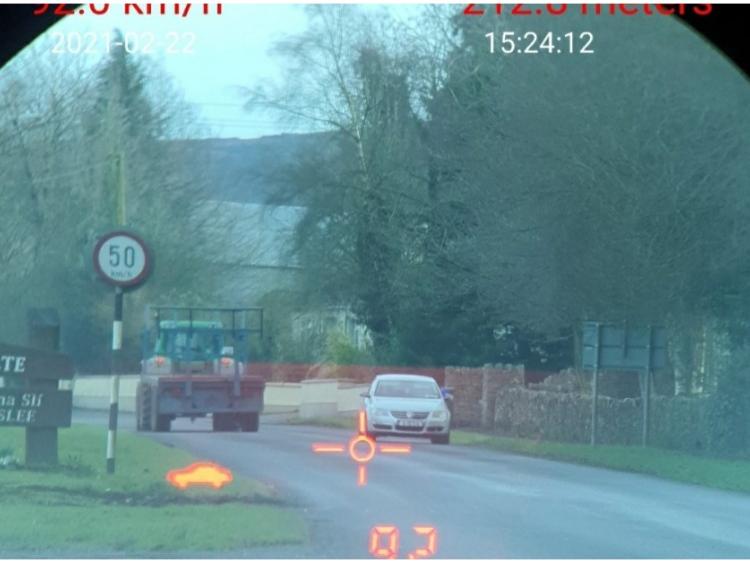 A disqualified driver was arrested by gardaí in the midlands on Monday.

While on patrol in Clonaslee, Laois Roads Policing Unit stopped this vehicle travelling at 92kph in the 50kph zone.

The driver gave a false name to Gardaí when stopped but was subsequently identified and discovered to be disqualified from driving through the Garda Mobility App.

The driver was arrested and has been charged to appear before Portlaoise District Court. 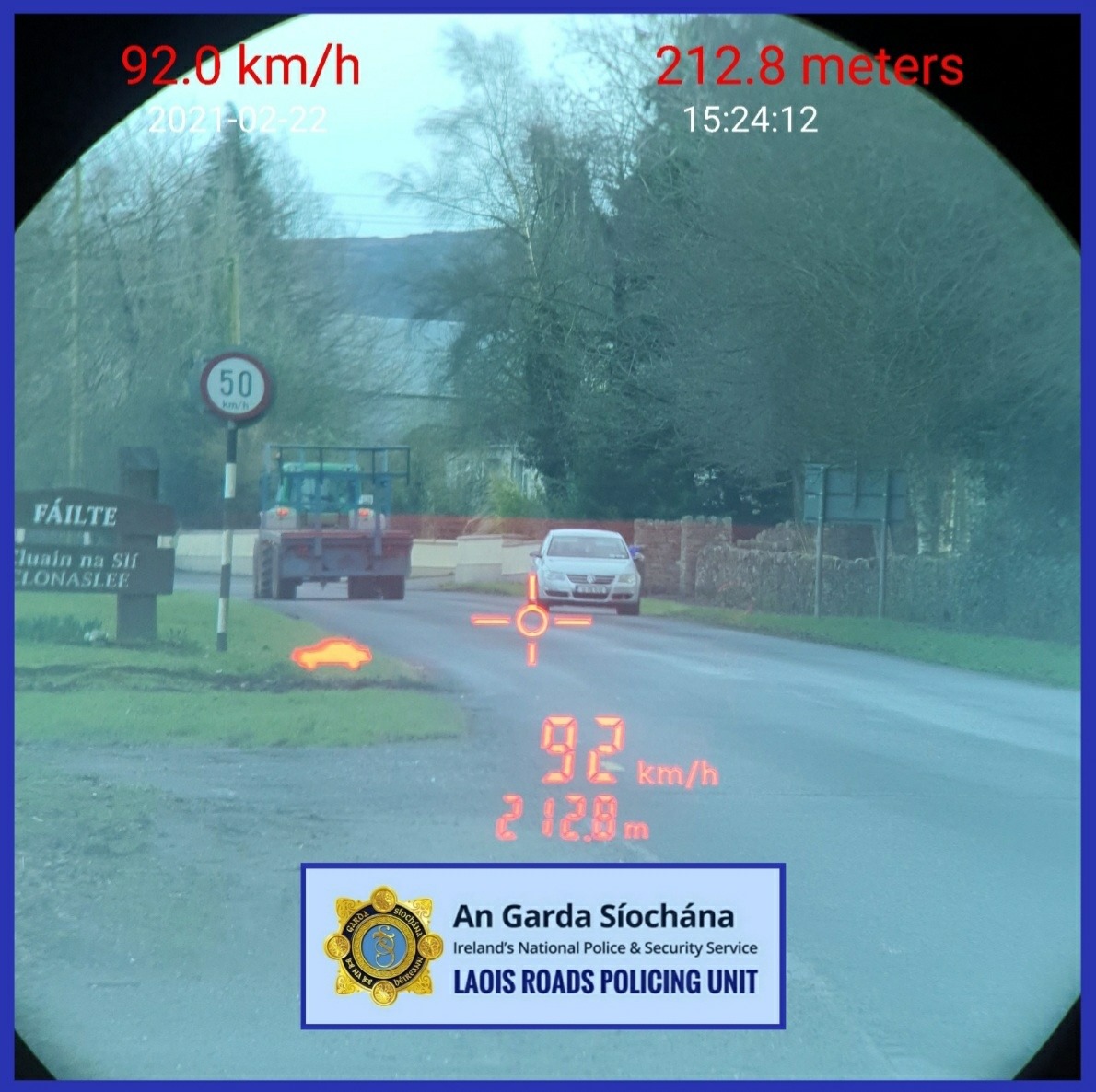