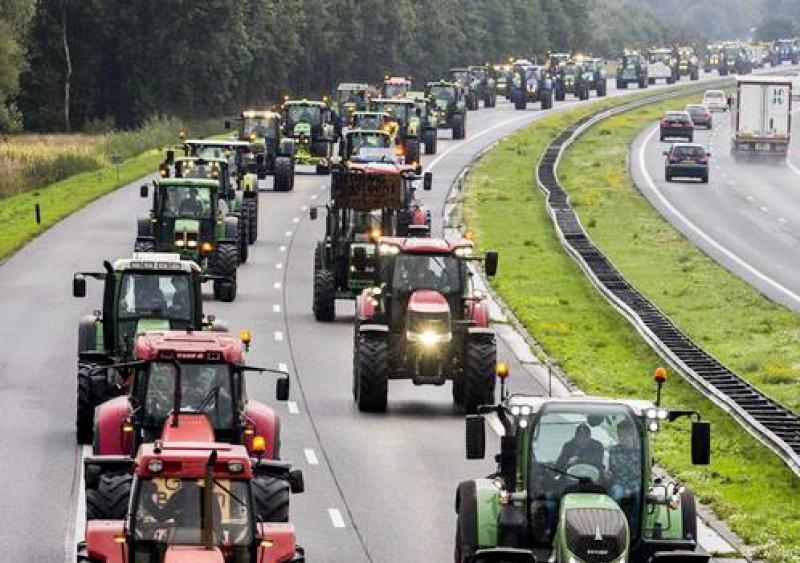 Gardai have warned of delays on the N7/M7 and N4 tomorrow due to a tractor protest in Dublin.

A large scale protest in the capital by members of the farming sector is expected to include around 400 tractors.

The vehicles are converging on the city centre from all around Ireland from early afternoon.

In addition the following arrangements will apply:
• East bound traffic on Kevin Street will be diverted up New Bride Street
• St Stephens Green North and East will only remain open for public transport from 2pm.

Bus corridors will not be impacted and Gardaí are advising commuters to avail of public transport where possible.

Gardaí are continuing to liaise closely with those organising the protest and traffic updates will be provided on the @gardatraffic Twitter account.