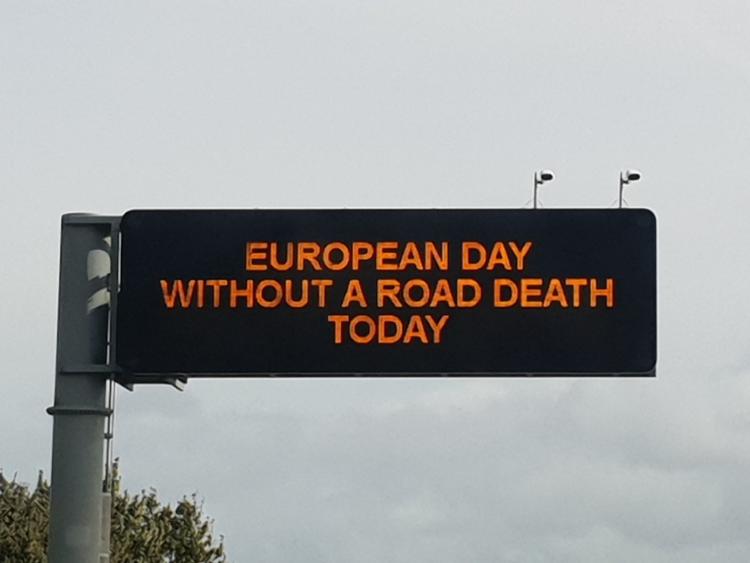 Despite the dangers posed by Storm Ali and the fact An Garda Síochána, along with the RSA (Road Safety Authority), were involved in Project EDWARD - European Day Without A Road Death, today, a motorist was detected driving at 83 km per hour in 50 km zone on the R198 at Aghadegnan, Longford.

Earlier tonight, An Garda Síochána tweeted that GoSafe had checked the speed of 101,767 vehicles and a total of 131 vehicles were detected travelling above the limit.

Since 00:00, GoSafe has checked the speed of 101,767 vehicles. A total of 131 vehicles were detected travelling in excess of the applicable speed limit. #ProjectEDWARD @TISPOLorg pic.twitter.com/DmQ1FxlJL9

Project EDWARD took place across Europe today, Wednesday, September 19. Devised in 2016 as #ProjectEDWARD by the European Traffic Police Network (TISPOL), the initiative aims to raise awareness of road safety and reduce the number of people killed every day on the roads of Europe.

Collette Quinn from Ireland and now living in Spain, lost her son EDWARD in 2016 in a traffic collision in Madrid. Collette has been central to our awareness campaigns and was presented with a TISPOL award at the launch of Project EDWARD today. #ProjectEDWARD @TISPOLorg pic.twitter.com/Ll9cxglWb7