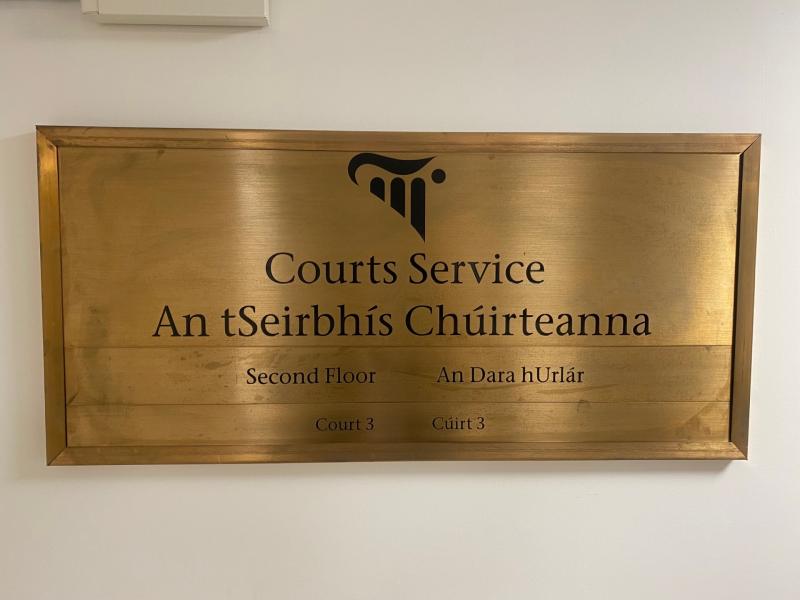 A teenager charged with assaulting three gardaí, leaving one with a suspected broken nose, during a violent altercation inside Longford garda station has pleaded guilty to all charges before the court.
The youth, who is not due to turn 18 until January and therefore cannot be named, was brought before a sitting of Longford District Court last Tuesday over an alleged incident during the early hours of August 23.

It was the third time the juvenile, who has been in detention ever since the incident, had appeared in court.

It is alleged the juvenile assaulted a male officer at Longford Garda station, Battery Road, Longford on August 23, resulting in the garda sustaining a suspected broken nose.
The teenager is also charged with carrying out two further section 2 assaults on a male and female garda at the same location.

He was also charged with allegedly being found with a knife and €70 worth of cocaine.
The teen, who was wearing a light blue tracksuit, stood with his hands in his pockets in the custody suite of the court during the course of the brief hearing. Sgt Mark Mahon, for the prosecution, said the State would be seeking to remand the accused in detention for a further two weeks as directions from the Director of Public Prosecutions (DPP) was still awaited.

The court had heard previously of the youth's desire to deal with the charges ahead of his 18th birthday in January in order to ensure the case is heard while he is still treated as a juvenile.
Andrea Callan, BL for the youth, told Judge Bernadette Owens in advance of those directions being made available, her client was anxious to expedite the case as soon as possible.

"He wishes to enter pleas in relation to every matter even with directions outstanding at the moment," she said. The accused was remanded in detention  until a sitting of Longford District Court on September 20.