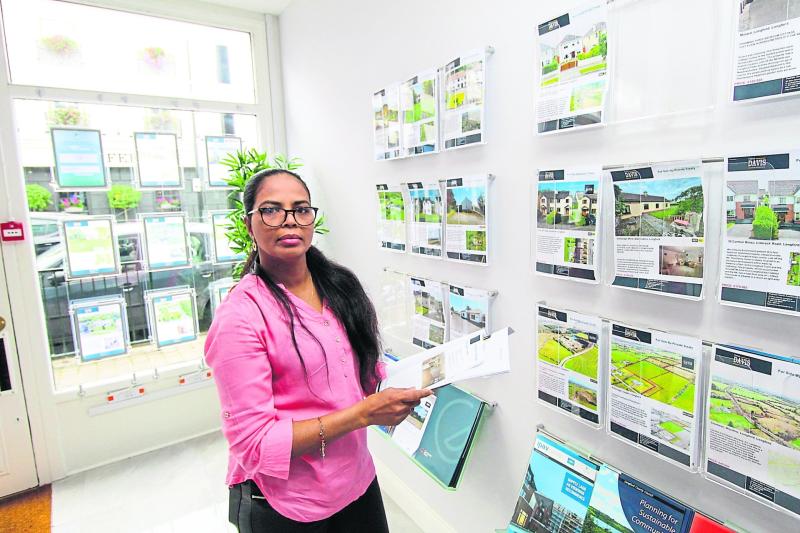 A woman working up to 60 hours a week to rent a two bedroom apartment has revealed how she has been bombarded by phonecalls from friends and work colleagues desperate to secure a roof over their heads.

Maria Daizy, a Portuguese national, arrived in Longford in 2016 and has been stuck in an ever worsening rental trap ever since.

At the time Maria was forking out €450 for a room in a shared apartment in the Harbour Row area of town, a figure which has effectively doubled over the intervening period.

Despite being among an ever diminishing charmed few, the Leader also spoke to another Longford woman working up to 60 hours a week and unable to find any form of suitable accommodation.

She declined to go on record as Maria underlined just how arduous sourcing houses at affordable prices within Longford has become.

“I was (renting) with a local agent but it was difficult for me to live in the apartment so I left,” said Maria, alluding to how anti-social behaviour and difficulties living alongside other tenants had ultimately forced her hand.

A worker at Longford town food manufacturer Panelto, Maria told of how she found it virtually impossible to find another apartment due to the scarcity of available accommodation.

“It was very difficult, I was running to and from different agents and listed myself with all the estate agents in Longford and couldn’t find anything,” she said.

“It took me six to eight months to get the apartment I am in now.”
A quick overview of online property website daft.ie last Thursday revealed just 11 houses and apartments to rent with the cheapest being a one bedroom studio for €600 a month and the most expensive comprising a three bedroom semi detached house for €1,950 a month.

She said the quandary facing renters has become so stark, she is even acting as a proxy estate agent to some of her own workmates with many struggling to even put food on the table.

“My colleagues at work are in need of houses and even now my phone is ringing,” she said, while pausing to put her phone on silent.
“I know loads of people who work with me that are facing difficulty paying their rents and even groceries,” she said.

“One of my colleagues is living with a landlord that is about to sell the house and there are a couple of others who have seen their rent go from €750 to €950 all of a sudden.”