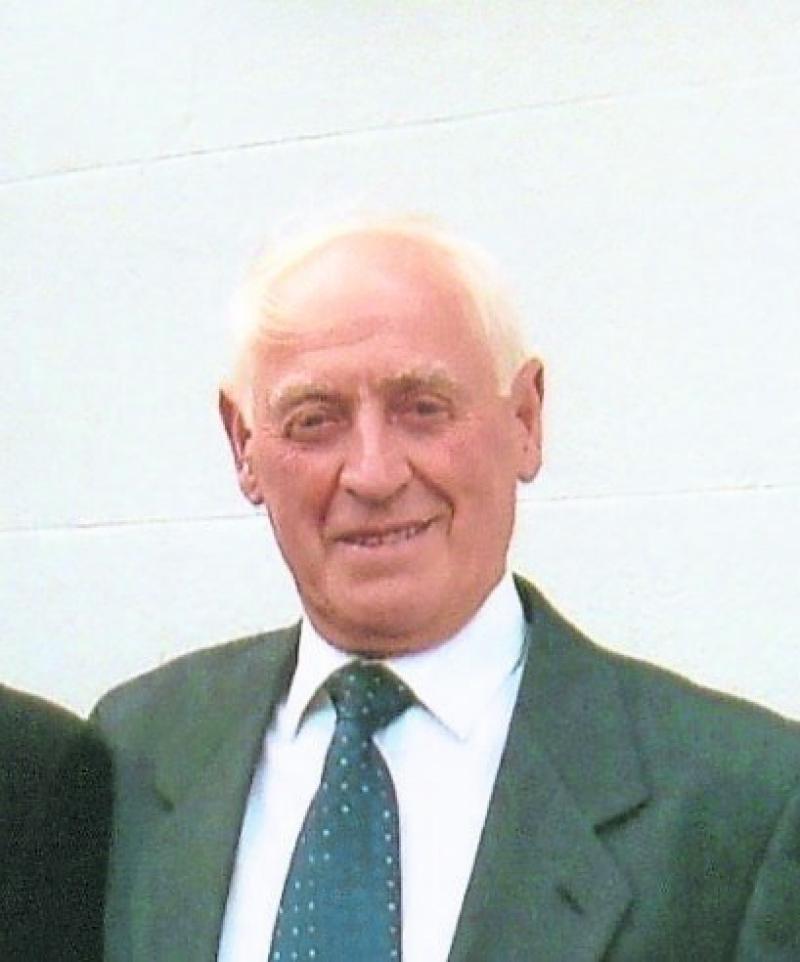 The people of Loughduff, Mullahoran, and indeed the wider community were saddened to hear of the recent death of Andy Cullen.

Andy, who suffered failing health of late, passed away in Cavan General Hospital on Tuesday, August 9, 2022.

Andy Cullen was born in Ballytrust on September 5th 1938, to parents Brian and Kathleen (née Wilson) and was the eldest in a family of five with Mary B, Kathleen, Rosaleen, and Rita (died 13/8/12)

A keen handballer in his teens like many of his friends, Andy spent a lot of his free time playing in the alley up the road from his home.

Handball, at that time was even more popular than it is now. He played in all local tournaments, and has many medals for his efforts. He was Chairman of the local club when the new alley was built behind the Parochial Hall in Killydoon, and opened on Ascension Thursday, 18th May 1958.
This was a great boost for the sport locally, and Andy encouraged many young lads to play, some of whom went on to win County and Provincial titles. He was also Cavan Handball Association Secretary in the 1960's, and his love of the sport endured over the years.

At a Fine Gael dance in Cavan Town Hall, he met Doreen McCauley from Kill. Romance blossomed and they were married in Corrick Church on October 2nd 1971. They then settled down in the house which he and his father built a few years earlier. Andy was a very diligent farmer, and he took great pride in his cows and their welfare. He also kept crops and always had his own fruit and vegetables.

His children were always Andy's top priority, and as the years progressed himself and Doreen reared a fine family, Malachy, Ciaran, Aodhagan, Emmet, Jacinta and Ciara. They were proud of them all and took great satisfaction from their achievements. As well as everything else they were a good help in the bog, and Andy took great delight in saving a good bank of turf. Cullens kitchen was known to be one of the cosiest in the area due to the turf and a great Jubilee range.

Their lives were not without trials though, and it was a huge blow to Andy and the family when his daughter Ciara died at a young age. Some years later, tragedy struck again when Andy's sister Rita also passed away. Life would never be the same again.

Andy was a man of strong faith, and this went some way to sustain him in those times. Himself and Doreen were regular visitors to Knock, and Multyfarnham, and they always enjoyed the annual AOH mass at Cormeen, Stradone. It's hard to believe that Doreen passed away also, on September 24th 2021. Another great loss to Andy, and the family. May they all rest in peace.

Andy was very well read, and loved to stay abreast with current affairs. The Irish Independent was essential reading, especially on Tuesdays for the Farming Supplement.
He was deeply involved in the discussions on the N55 realignment, and its effects in the immediate area around his home. Andy had a wealth of local knowledge.

He knew every part of the local area, and loved its history and its people. He was very Civic minded, and for years was a member of the Lough Erne Drainage Committee. He was also a long serving member of Loughan House Visiting Committee.
Of course, another of Andy's great interests was politics, and It is fitting that Senator Joe O'Reilly gave the oration at his graveside.

Andy was a lifelong member of Fine Gael, and he was a colossus within the party. No matter where meetings were held, Andy Cullen was known by all there.
A stalwart member of the Loughduff Branch through good times and bad, his dedication was not confined to his own branch, but extended far and wide.

As well as holding positions at branch level, over the years he was also Chairman of Ballyjamesduff District Executive and Treasurer of the County Cavan Executive, and he also held officer positions on the Cavan Monaghan Constituency Executive of Fine Gael.

Such was his standing in the party that he was selected to contest the local elections for Cavan County Council in 1979 and 1985. Although he did not manage to be elected, his candidacy greatly strengthened the ticket for Fine Gael.

Andy was always up to speed on the issues, and his contributions at the various meetings were always valued. Critical when he needed to be, but always positive and constructive, respectful to the chair, and all present. His wisdom was often sought by elected members, both locally and nationally. Never afraid to challenge his opponents, on a certain occasion he and Donie Smith attended a Fine Gael meeting in Castlebar. A large protest was taking place there, and Andy was bitterly disappointed when he discovered that the protesters were kept away from the meeting, and he did not get the opportunity to have a frank exchange of views with them.

His passing is a great loss to Fine Gael but a much greater loss to his family.
We now trust that when all the tallies are done, and the great returning officer has a look at the first preferences, he will deem that Andy be elected to the most important seat of all, that is, one in the eternal kingdom.

Andy has been described as an ordinary man who led an extraordinary life. A great neighbour and friend who had the ability to make everyone feel at ease with his unique relaxed manner.
To his daughter and sons, his sisters and extended family, We offer our deepest sympathy.
May he Rest In Peace.

Andy Cullens funeral mass was concelebrated in Loughduff Church on Frida, August 12, and he was laid to rest afterwards in the local cemetery.
Solas na bhFlaitheas dá anam uasal.
The life and death of each of us has its influence on others. (Romans: 14)