Abundance of seasonal treats on offer from Longford's Backstage Theatre 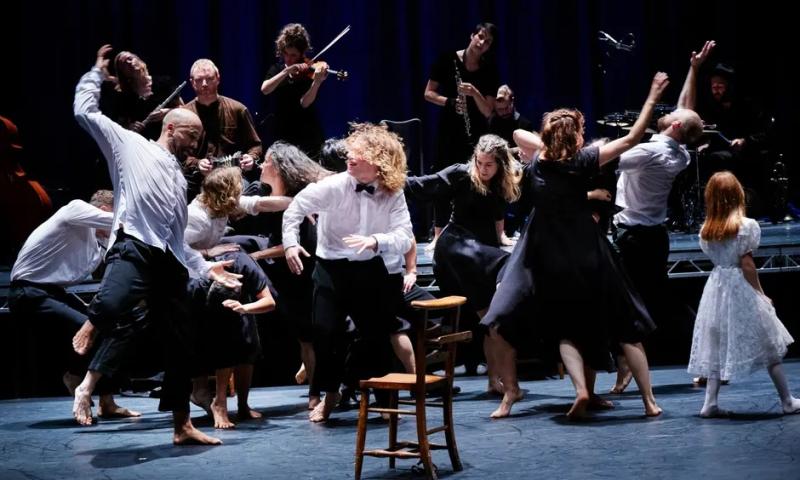 Anyone who witnessed Michael Keegan-Dolan Swan Lake will be really looking forward to his production, MÁM from Teac Damsa that will be staged by Backstage at an off site location.

Backstage Theatre's Autumn Season boasts some of the biggest names in dance, theatre, music and comedy. There's plenty to keep audiences entertained throughout the coming months.

One highlight is a Longford artist making a major impact on the national and international arts scene, Michael Keegan-Dolan, who stages his Olivier Award Nominated hit MÁM from Teac Damsa at an off-site venue. Anyone familiar with Michael's work will anticipate a unique viewing experience.

The show premieres in Backstage ahead of Dublin Fringe Festival and is the debut play from the Edgeworthstown author.

Decadent Theatre return to Backstage with a compelling new play from the author of the acclaimed play The Kings of the Kilburn Highroad. Featuring a stellar cast, including Longford’s own Liam Heslin. The Chief marks the centenary of Michael Collins’ death and reveals the man behind the iconic figure.
Another Longfordian and BYT alum making waves in the arts scene is Luke Casserly. Luke brings his new show Root which takes a look into Ireland's forestry system by handing the microphone over to a tree to hear what it has to say.

Both Luke and Liam Heslin are former members of Backstage Youth Theatre who have gone on to pave successful careers in the arts. This year the current BYT members are teaming up with professional director Andy Crook who has returned to work with on an exciting new play based on The Tempest by William Shakespeare.

Two more BYT members, Daire O’Muiri and Emer Tyrrell, return to curate a special festival for young people, details of which will be announced soon.

After sell out runs in Galway, Brú Theatre present Selvage. Invigorating, fun and very different to your normal night out at the theatre, Selvage features puppetry, masks and physical theatre along with a live music score performed by Anna Mullarkey.

Family and schools can look forward to lots of laughter and fun with special performances for preschools and the beautiful play An Ant Called Amy as well as an unforgettable hand-clapping, foot-stomping evening with the dynamic West African drumming sensation Kakatsitsi.The Swing Cats swing their way into September with their unmissable Story of Swing featuring the biggest swing classics from the 1920's to the modern day.

After having to reschedule his previous concert, fans of Sean Keane will be delighted to finally get to see the musical legend this September. Tickets are already moving fast so early booking is advised.
The legendary Blues/Soul singer Rob Strong celebrates an incredible 60 years on the road with a very special concert. Music fans can also look forward to concerts from Longford Variety Group and Evolution Stage School as well as Route 66, Mick Flavin and Abba Forever.

Still Voices present two unmissable films as part of their 2022 festival and together with artist Brigid Mulligan, members of The Freebird’s Motorcycle Club present a film, archive and sculpture based on the shared histories of the club members.

The new season brochure is available to download online and can be picked up in the theatre or in locations around Longford.
Further details and tickets are available on 0433347888 or backstage.ie.