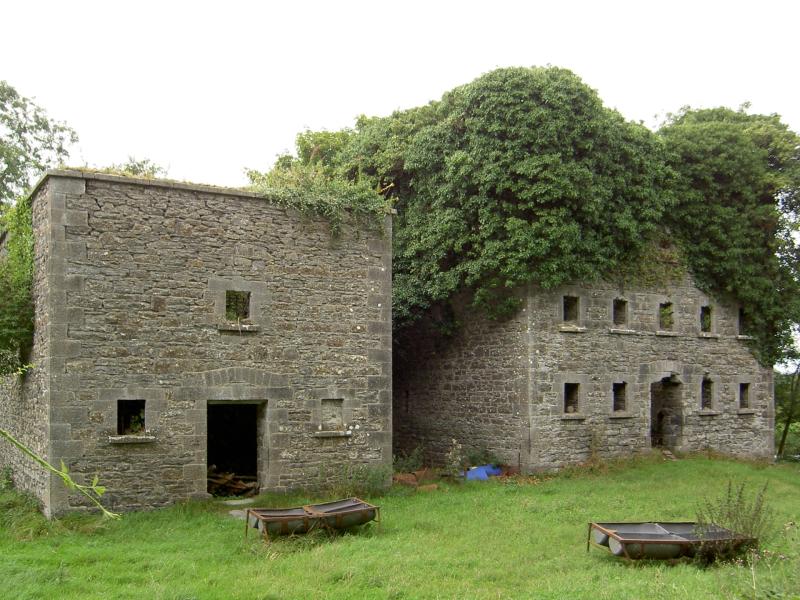 South Longford's tourism offering looks set for further expansion as the local authority are about to make a decision on the development of “one of the most impressive surviving nineteenth century mills in County Longford”.

Local man Declan Keegan made the application for the development of Cloghan Mills, Cloghan, Shurle, Longford to include accommodation and a museum and cafe.

Now out of use, derelict and with its roofs collapsed, the structure is still described in the National Inventory of Architectural Heritage as “robustly built in rubble limestone”.

The Inventory says it's uncommon to find a large-scale corn mill complex built after 1815 in rural Ireland. The majority were built between 1780 and 1815, a boom period for the Irish corn milling industry.

Large corn mills built after 1846 are uncommon in rural Ireland following the repeal of the Corn Laws, although a number of large-scale mills were built in sea port locations in the late-nineteenth century.
This corn mill is one of a number located along the River Inny. Others include the remains of a medieval castle, later converted for use as a corn mill by the McCann family of Drogheda, between 1800 and 1810, which now lays ruinous to the northeast of Cloghan Mills.

This mill was probably originally built by the Slator family of nearby Clynan House. It may have been founded by Henry Beven Slator, who also ran a corn mill at Ballymahon.
The Inventory stresses its importance saying: “This corn mill is an integral element of the built heritage of the area, and is one of the most impressive surviving nineteenth century mills in County Longford.”

Mr Keegan's application sought to change the use for the former Corn Mill as guest accommodation in two phases.
The first phase is restoration works on the kiln building including alterations to south, west and north elevation and new roof profile and intermediate floor levels. It includes the provision of ground floor living accommodation with four bedrooms above over two floors (a total of three floors) and a new detached service building to its rear.

Phase two relates to the Mill House. The works are a linked bridge from the former kiln building at first floor level, restoration works including a new roof and intermediate floor levels. The plans include the reinstatement of a mill wheel and gearing, a single storey extension area to the rear, provision of decked area to north/west and the provision of ground floor museum/cafe/reception area.
Phase two of the development includes first floor living accommodation with six bedrooms over two further floors.

“I am hoping to have something in the post in the next day or two,” Mr Keegan said of the plans, “Fingers cross it will be a positive decision.”
“It's very unusual that someone would have spent that much money on a mill at that time. The windows have cut stone, the corners on it are as good as the day it went up. I had several masons look at it. There is a lot of work ahead,” the applicant said.

Mr Keegan is hoping the influx in tourists in the area will make the project viable: “Since Covid it has become a really popular destination. I live down the road from the airfield and the amount of people out walking from 6am is unreal. It's a great location, only a 10 minute walk from the greenway.”
The Longford County Council website indicates that planners have reached a decision, however it is not yet posted on the website.