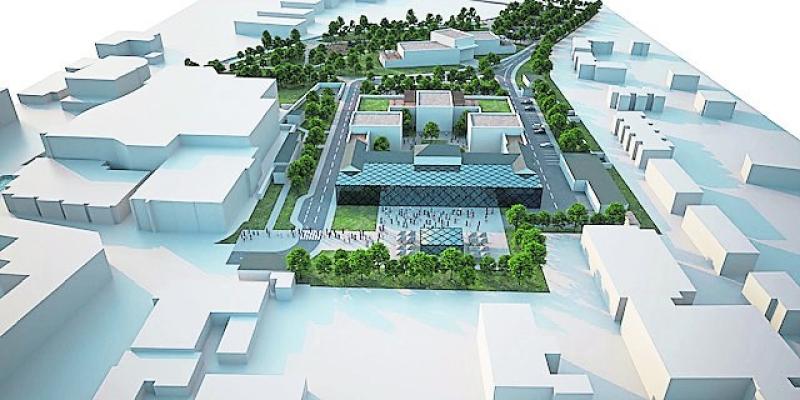 Local authority bosses have rejected plans by a Dublin based consortium to undertake a €130m investment of Longford's former Connolly Barracks, the Leader can reveal.

This newspaper has learned an extensive submission from the consortium included proposals for a 200 bedroom nursing home, together with a 146 bedroom 4 star hotel and conference centre in the grounds of the 13 acre site.

The ambitious hotel development would have fronted onto the Camlin waterway and a new parkland area as part of a bid to mirror the town's Albert Reynolds Peace Park on the other side of the Battery Road.

It is understood the submission was one of two proposals rejected during an 'Expressions of Interest' process last year.

The second bid put forward from a rivalling developer was described as being only “lukewarm' in terms of its overall investment potential.

Local authority chiefs have stopped short on commenting on the specifics behind its decision, preferring to state the verdict was arrived at following a “detailed evaluation” of proposals received.

The Leader has sought a statement from the Council as to the present status of the Camlin Quarter, but at the time of going to press no correspondence had been received.

It's understood a crucial component of the €130m investment project included the retention of the existing Barracks building to service a new civic office headquarters for the council which would have been built directly behind the old building.

Those designs were ones the council have since overlooked in favour of developing a separate head offices on lands adjacent to its current home along Great Water Street.

It's believed the plans had also made provisions for all existing service users and groups that access the barracks including Longford Vintage Club, a bridge club and ICA. The project, likewise, entailed a commitment to refurbish the site's old market house and most historic building in Longford with a view to developing a county museum.

Those plans, according to the consortium's proposal, would have resulted in a €130m capital investment in the town while generating in excess of 2,000 full-time construction jobs over a three year period.

In a further revelation, the project's authors vowed to provide more than €1.4m annually in commercial rates to Longford County Council as part of the development.

Longford Fianna Fáil TD Joe Flaherty expressed his frustration, saying the council's decision to pursue a different course in its regenerational push could be a move it will live to regret.

“Regeneration is a critical opportunity for Longford town,” he said.

“To date, the Government has allocated over €10m but the benefits of that can be multiplied if private sector investment can be harnessed.

“The local authority is the largest property owner in the town with the bulk of its landbank alongside the River Camlin and adjoining Lower Main Street, which is the most economically challenged area of the town. Harnessing private sector investment presents a huge opportunity and in this case would have book ended development in the town and drive activity back up through Lower Main Street and into the heart of Longford town.”