Understrength Wolfe Tones fall at the first hurdle in Leinster 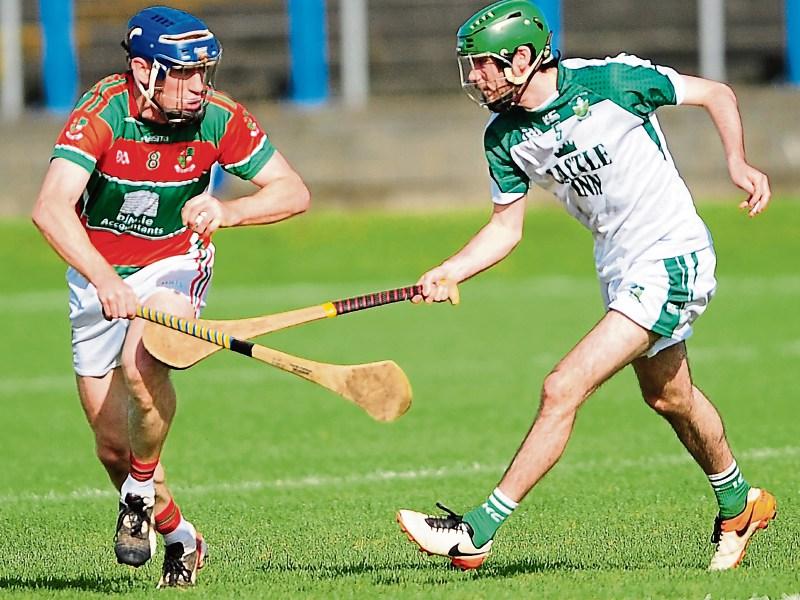 A depleted Wolfe Tones side were unable to match the Louth champions St Fechins in the first round of the Leinster Club Junior Hurling Championship at the Gaelic Grounds, Drogheda on Saturday last.

The Mostrim side had to field without Adrian Sheridan, Thomas Stakem, Mark Tully, Seamus Hannon and John Mulhern and because of the absentees they could only name two subs; veterans Sean McNally and Jimmy Connell.

Missing key players, it was always going to be very tough for Wolfe Tones and while they battled hard it unfortunately was not good enough to avoid defeat with the wide margin of 12 points separating the sides in the finish.

St Fechins from Termonfeckin made a great start to the game when inside the opening minute they got their first goal. Wolfe Tones should have cleared the danger as David Stephenson played the ball into  Barry Devlin and he made no mistake.

Paul Martin added a point for St Fechins before Sean Noonan got Wolfe Tones opening point in the 5th minute and followed up with another fine score.

Then in the space of minute St Fechins extended the lead to six points with 1-1 from Seághan Conneely before David Stephenson hit over a long range free.

Wolfe Tones got a goal in the 13th minute when a ball in from Martin Coyle ended up in the back of the net.  Stephenson was on target again for the home side and then in the 25th minute John Newman set up Paddy Cullen for Wolfe Tones second goal and the gap was closed to just two points.

But St Fechins hit a purple patch in the closing stages of the first half to shoot four points in a row which left them leading by 2-8 to 2-2 at the break.

The Louth senior champions started the second half with a real purpose, hitting over two early points to increase their lead, and then in the 34th minute they got a third goal through Seaghan Conneely.

Wolfe Tones were given a glimmer of hope when Paddy Cullen got the third goal for his side in the 36th minute but two frees and a ’65 converted by the deadly David Stephenson consolidated St Fechins firm grip on the game as they held a commanding 11 points lead midway through the second half.

A well hit point from Niall Devlin and another Stephenson free increased the advantage before Wolfe Tones got their first score in 16 minutes when John Newman landed a point.

St Fechins replied with another Stephenson point before Newman converted a free for Wolfe Tones.

Stephenson was then on target again, hitting over a ’65, and deep into stoppage time John Newman fired over another free for Wolfe Tones.

It mattered little and the Longford senior hurling champions were left wondering what might have been the outcome with a full strength squad available.