Four players sent off as Killoe take another title 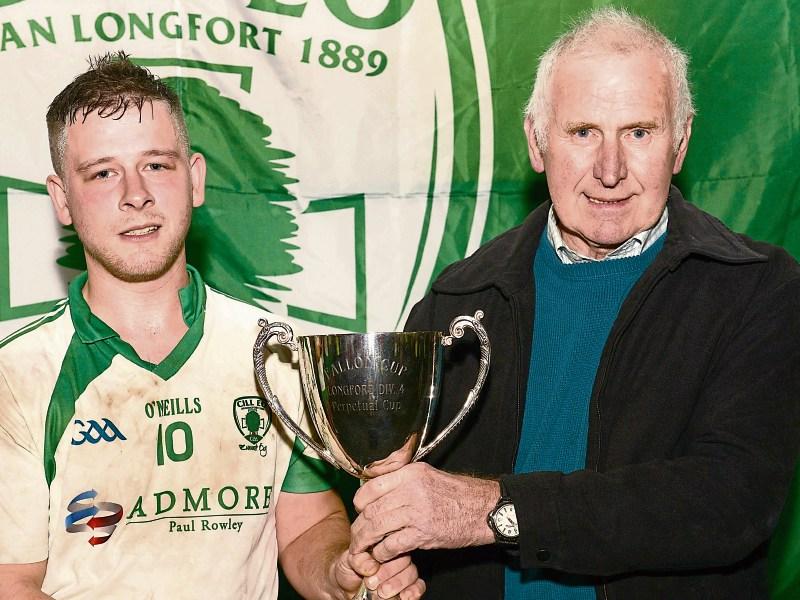 Killoe have enjoyed considerable success at different levels this year and another title was won at Emmet Park on Friday night last when they got the better of Abbeylara in a tough Reserve Football League 1 Final.

Four players were sent-off during the course of the game which had more to do with the whistle happy referee Padraic McGee than the actual nature of the title decider watched by a sparse attendance.

The main talking point was the performance of the official who issued a litany of yellow and red cards and he made a number of strange decisions in his general poor handling of the match.

Marching orders for Abbeylara corner-forward Kieran Mulvihill in the 28th minute appeared to be a harsh call.

The referee then branded another straight red card to Abbeylara defender Brian Smyth following a robust challenge on Killoe opponent Eugene Clarke in the 30th minute and the sending-off was warranted in this incident.

Clarke was subsequently forced to retire with a serious jaw  injury as the game was held up and the main reason why the referee decided to play eight additional minutes at the end of the first half.

Killoe got off to a great start to establish a 0-3 to 0-0 lead with the fine points coming from Paddy Thompson, Ronan McGoldrick and Paddy Kiernan before Abbeylara opened their account when James McEntire shot over the bar in the 6th minute.

Scores were then exchanged between Eugene Clarke and Sean Murphy (a cracking strike) and the latter then converted a free to leave  the minimum of margins separating the sides, 0-4 to 0-3.

A costly mistake in the Killoe defence was punished by Abbeylara when Murphy was put through for a goal in the 16th minute and three points followed with Jamie King kicking a couple of frees for Emmet Og while James McEntire replied for the visitors.

Killoe went back in front when a great ball in from wing back Shane Dowd was finished to the net by Ronan McGoldrick in the 26th minute.

Things then went from bad to worse for Abbeylara who were reduced to 13 players after Kieran Mulvihill and Brian Smyth were sent-off in quick succession.

A point apiece from Jamie King (free) and Sean Murphy deep into the lengthy stoppage time brought the first half to a close with Abbeylara trailing by 1-7 to 1-5 and facing a real uphill battle on the changeover.

A promising start to the second half yielded a score from Kevin Smyth before the numerical advantage began to tell for Emmet Og who proceeded to fire over three points in a row - a brace from Jamie King (play and free) with Ronan McGoldrick (free) also on target.

The drama was far from over as Paddy Kiernan (Killoe) and Kevin Smyth (Abbeylara) were both sent-off after receiving second yellow cards in the space of a couple of minutes and in between Jason Kelly failed to convert a penalty for Abbeylara as his kick for a badly needed goal was well saved by the opposing keeper Shane Fitzpatrick.

William Crawford did pull a point back and a further score apiece were exchanged between Terry McCormack and Jason Kelly before Killoe put the issue beyond all doubt with a goal from Paul O’Hara in the 56th minute.

Emmet Og substitute Ciaran Donohoe (who had replaced Eugene Clarke) shot over the bar in the second minute of stoppage time to extend the advantage to seven points over Abbeylara who finished the game with 12 players on the pitch.