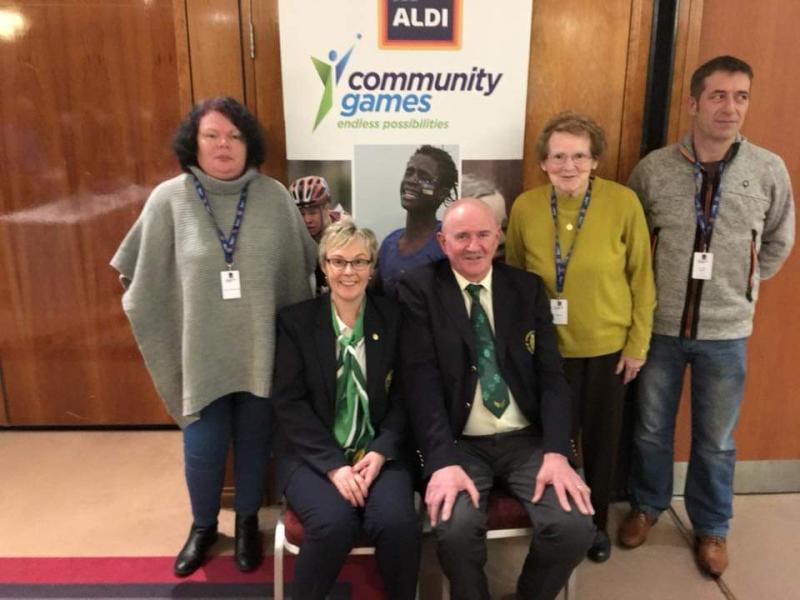 With 13 years’ experience, Shirley has held a variety of roles - chairperson, secretary and PRO on the Ballymahon/Forgney area committee and she has been Longford county secretary for the past six years.

She explained: “Challenges locally, for areas and county committees, are recruiting volunteers and funding to provide coaching for the wide range of Community Games activities.”

Shirley was instrumental, alongside her fellow area committee members, in steering Ballymahon/Forney to four consecutive provincial area of the year awards, 2015, '16, '17 and '18. The Ballymahon/Forgney committee were also recognised as the top Aldi Community Games area in the country in both 2015 and 2016. The organisation is on a solid footing in county Longford.

Shirley said, “We are fortunate to have hard working area and county volunteers and committees providing a wide range of activities both sporting and cultural and this has contributed to Longford’s strong participation numbers in activities and performance in events at Leinster and National level.”

The national final festival weekends, staged last year in the University of Limerick, are a big logistical undertaking.

Shirley, who is a member of the board of Longford Sports Partnership, pointed out, “We are a volunteer led organisation and we need volunteers to help stage our events. Over 7000 children took part in the 2018 national finals.”

Nationally, GDPR and Children’s First legislation have added to the workload of area and county committees ensuring that they are compliant and also in terms of recruiting volunteers. The Latin phrase ‘Mens Sana in Corpore Sano’, a healthy mind in a healthy body, is the motto of the Community Games movement.Shirley says this ethos remains at the core of the organisation.

“It is also important we keep the focus on participation, rather than winning, so that children can take part in events in a friendly environment while having fun and keeping healthy.”

Longford Community Games will celebrate its 50th anniversary this year and to mark that milestone the county will host Leinster Finals.