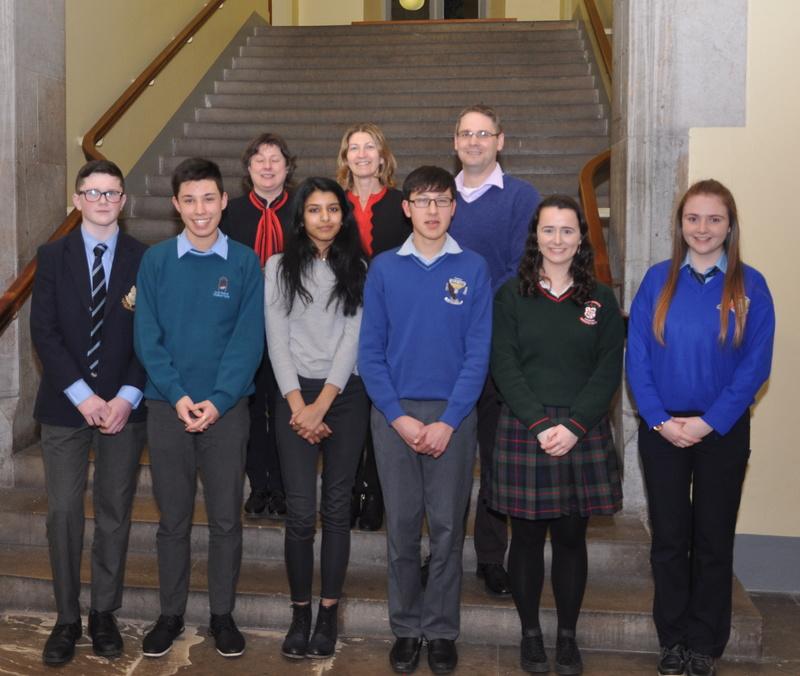 The UCC competition is held annually and challenges second level pupils to engage with the law in a meaningful way.

The UCC Law and Business School’s motto is 'Shaping a Just Society' and students are encouraged to examine how that can be achieved.

Sinéad’s winning essay examined the failings of the Direct Provision system in Ireland.

Sinéad, her English class and teacher Ms Keogh were invited to UCC to attend the prize giving ceremony on Thursday, February 1 in the Council Room of the Main Quadrangle.

Students were also treated to a tour of the UCC campus. The Dean of the School of Law, Professor Ursula Kilkelly presided over the affair. She commented on the outstanding calibre of enteries in this year’s competition and complimented the applicants for their clear understanding and appreciation of the complexities of the law.

There were six category winners and each winner received individual feedback on why their essay had been selected as the winning entry.

Furthermore she complemented Sinéad on her understanding of the individual people behind the facts and statistics.

She concluded by stating that Sinéad; “writes really well”.

Unfortunately, Sinéad was unable to attend the event but Emma McGoey collected the certificate and prize money on her behalf.