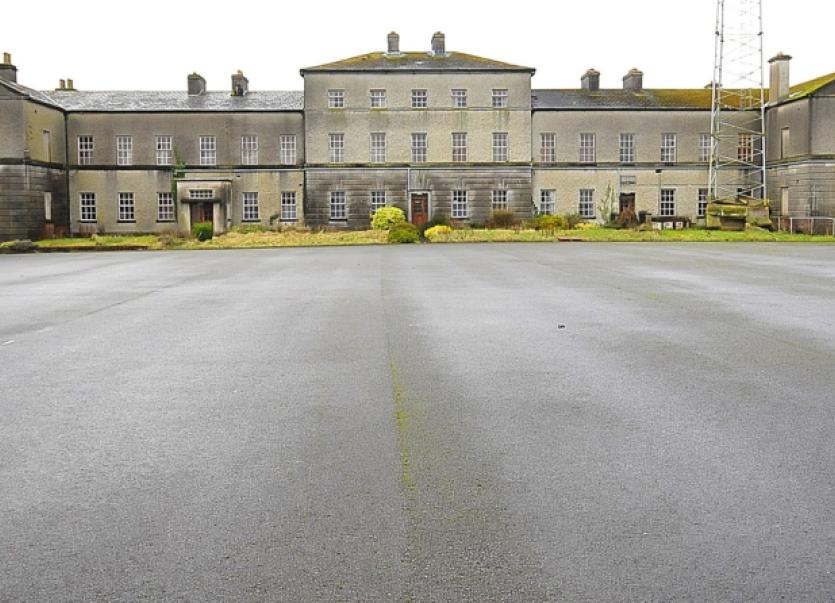 Longford town’s much vaunted regeneration plan has been given a massive lift with confirmation joint selling agents have been appointed to market the Northern Quarter.

The site consists of part of the former Connolly Barracks as well as the vacant 10,000 sq m shopping centre nearby.
At last week's meeting of Longford County Council , councillors were told that NAMA and Longford County Council have appointed Dublin firm Cushman & Wakefield as well as local firm Sherry Fitzgerald McGill to head up the process.
Director of Services Barbara Heslin said representatives from Cushman & Wakefield visited the site last week.
Ms Heslin said work on developing marketing material has already commenced with a view to bring the area to market in September.
“The view is to start with a soft launch during the summer months which will involve Cushman and Wakefield making contact with their own contacts and also people who conveyed expressions of interest and then there will be a hard launch in September,” she said.
Listening on as details of the plans were relayed at last week’s county council meeting, elected members gave a unanimous thumbs up to the latest developments.
One of the first to speak up on the subject was Cllr Gerry Warnock.
“It’s a project that is particularly close to my heart,” he said.
“Things are certainly moving in the right direction.”
Details surrounding the appointment of joint selling agents comes more than five years after the Council agreed to purchase the barracks from the Department of Defence.
In an effort to kickstart moves to regenerate the area, last year the Council enlisted property agents Colliers to seek expressions of interest in both properties.
Local politicians, while broadly supportive of the move, have consistently stressed the need to ensure any prospective sale provides a ‘social dividend’ to the county town and its inhabitants.