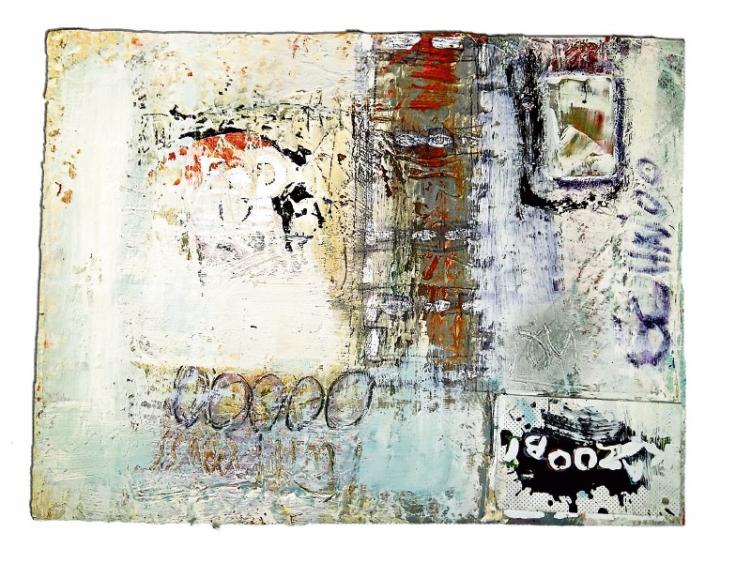 Gary teamed up with fellow artists Thomas Brezing and Seán Cotter to create a variety of unique works of art, which will be on display in 126 Gallery and NUI Galway until the end of July.
What initially brought the three artists together, aside from friendship, was their interest in words and literature in the visual arts and their own use of text and language in their paintings, drawings, installations and sound work.
On closer inspection they realized memory is also a common denominator, and how everything slides from the present to memory in an instant.
“Memory changes over time and can become untrustworthy. While some memories have a constant resonance, others can go through a transition or changeover like Chinese whispers, words become unfinished mutterings, mangled fragments, from imperfect lips to imperfect ears,” said Gary.
“Memory is also often attached to ‘things’ and ‘stuff’; these also change over time, through use and misuse. They change when exposed to the elements; they change when you bury them.”
In one such act, the three artists buried things dear to them in the ground by the sea in Galway, to be dug up again before the exhibition and exhibited, in their new form, with a new pulse.
The exhibition can be seen in 126 Gallery and NUI Galway until the end of the month.