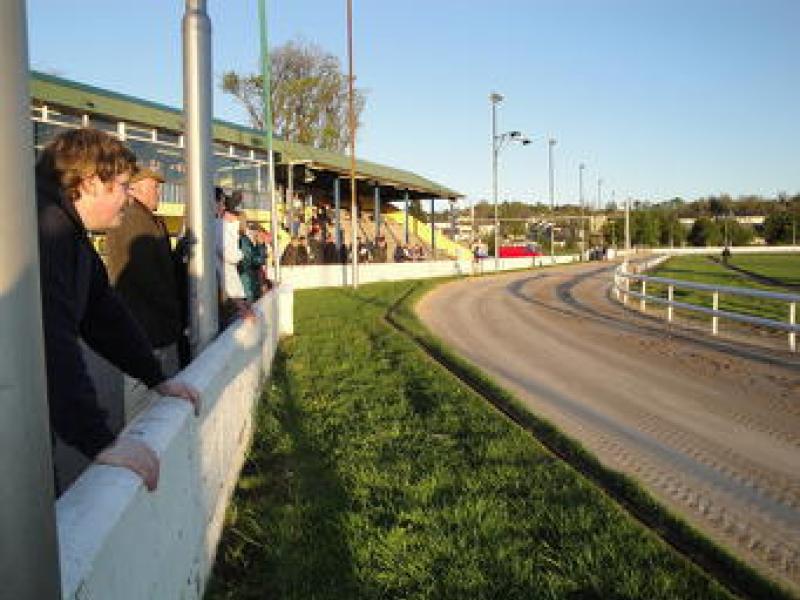 Longford Greyhound Track needs to raise €25,000 over the next two weeks just to make ends meet.

Rising overhead costs, dwindling attendances and a fall off in greyhound breeding levels are all being blamed on the facility’s worsening economic plight.
The track does receive an operational grant of around €40,000 a year from The Irish Greyhound Board, but as it is in private ownership that figure pales in comparison to the subsidies afforded to those under the IGB umbrella.
The Leader made efforts to try and contact its owner, Scottish based businessman Howard Wallace on Monday but was unsuccessful in doing so.
In a bid to ensure its survival in the short to medium term, volunteers have initiated a major fundraising drive with a view to raising €25,000.
Kevin Dempsey, who is aligned to the track’s committee and supporters club, said the long term future for one of Longford’s most historic sporting amenities remains very much uncertain.
“With the recession and the fact betting shops are staying open that bit later, people have stopped coming,” he said.
Mr Dempsey said the Park Road facility depends on four main funding streams-gate and bar receipts, bookmaker pitch fees and trial dog sessions.
“We used to have seven or eight bookmakers, but now we have just one regular and one occasional.
“Then there is the fact that people have stopped breeding greyhounds which means there are not as many dogs having trials,” he added.
Mr Dempsey, who has been an almost permanent fixture at Longford Greyhound Track for the past 50 years outlined the changes that led to this point.
“When I started coming in the 1960s, bookmakers in town opened for six hours a day and after that if you wanted to have a bet you would go up to the dog track,” he said.
“But the way it’s gone now people don’t have to come to the Greyhound Track to bet.
“They don’t have to go up and stand out on a wet Monday night because they can see all they want on phones, laptops and the like.”
At present there are less than 20 greyhound tracks nationwide, and Mr Dempsey believes that this figure will halve over the next five years.
And while the campaign has managed to take in around €12,500, Mr Dempsey said the odds on the track’s sustainability going forward are shortening by the week.
“To me, the industry is on its knees.
“We will fight tooth and nail to try and keep it open as long as we can but I just don’t think it will be good enough.
“The thing is it’s (track) leaking money like a barrel with a hole in it.”
Joe O’Rourke, chairperson of Longford Track Supporters Club said spiralling utility costs had played a key part in the facility’s current malaise.
“There are two full time staff and seven or eight part time staff but in fairness it’s being run more or less voluntarily at the minute.
“It’s about getting people in the door,” he said.
“The insurance bill came in last week and it was €2,500 more than last year,” he said.
“Then there is an electricity bill of €10,000 a year that has to be paid.
“The €25,000 we are looking to raise is not an outright fix, it’s a fix that will take a bit of time.
“We are just hoping anyone with an interest (in the track) will contribute.”
Anyone wishing to make a donation can do so by making a payment to the ‘Keep Longford Racing’ fund- Bank account number 39046196; Sort code 90-17-73; IBAN code: IE30 BOFI 9017-7339-0461-96; BIC code: BOFIIE2D