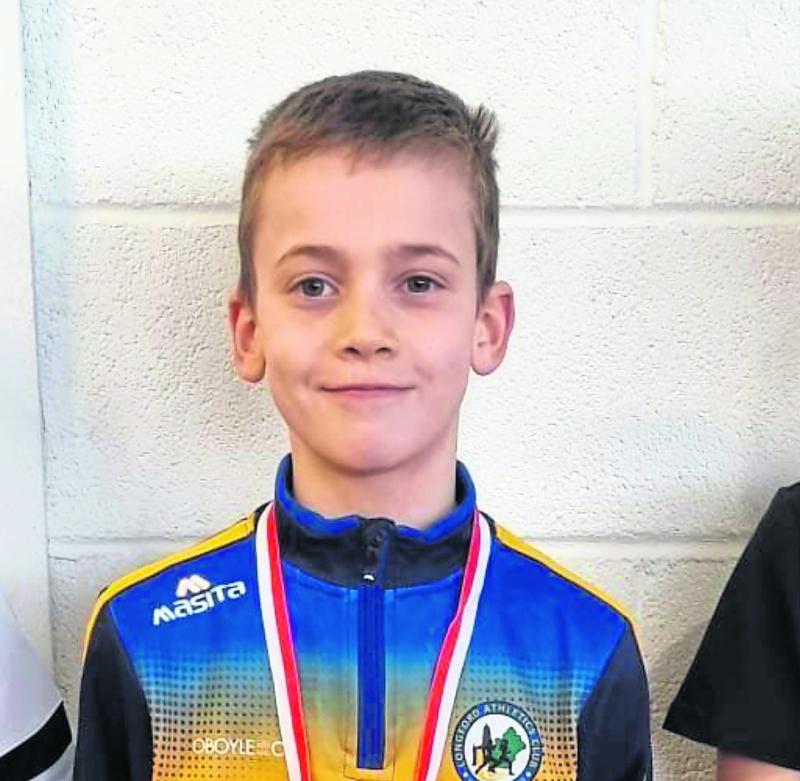 A brilliant double Gold success for the talented John Fitzpatrick was the Longford Athletics Club highlight of the opening weekend at the All-Ireland Juvenile Track and Field Championships in Tullamore.

John’s best height of 1.47m secured the top spot on the podium in the Under-12 Boys High Jump on Saturday. With gold already won, he then almost cleared 1.50m with another super effort on Saturday last.

Less than an hour later, John claimed gold in the U-12 Shot Put with the longest effort. In March, John had also won gold in both events at the National Indoor Championships.

Following his morning medal-winning exploits, John’s busy day of competition still wasn’t finished as the Javelin followed in the afternoon in which he narrowly missed out on a medal but did very well to place fourth.

John Fitzpatrick's brother Andrew was also in action as he and Charlie Nolan won silver medals with an excellent display in the U-10 Boys Turbo Javelin pairs event. Andrew and Charlie’s best throws combined for the second longest distance of the entrants. Congratulations to John, Andrew and Charlie on winning National medals in the colours of Longford Athletics Club.

Sinéad Masterson leaped 1.35m in the U-13 High Jump while Leah Waters and Daria Lavorko also performed well in the High Jump at the U-12 and U-16 age groups respectively.

Izzy Masterson, carrying a slight knee injury, couldn't run at her best but still gave it her all in the U-13 80m.

Oisín Dillon put in a good run to place sixth in the U-13 boys 600m and, in a high quality U-15 girls 800m, Emma Brennan and Rachel Keenan ran strongly for good finish times. Well done all.