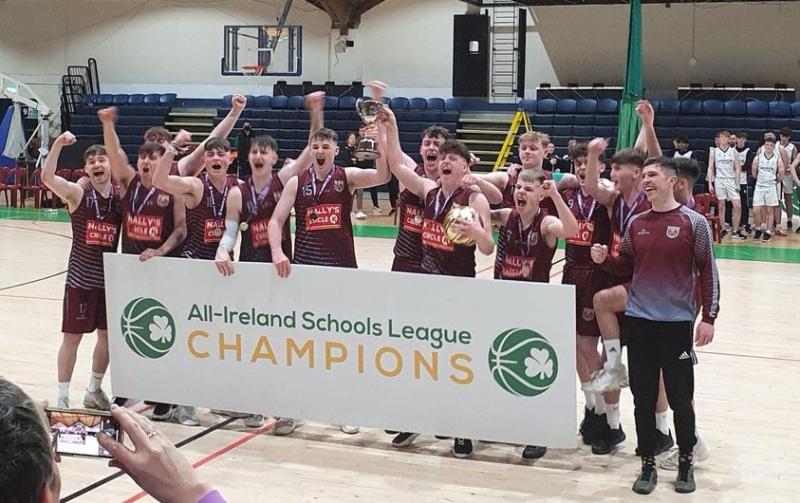 In a tremendous achievement, the Ballymahon Vocational School U-19 Boys Basketball team have been crowned All-Ireland champions.

St Ronan’s College, Lurgan from Co Armagh were second best in a thrilling ‘C’ league final played at the National Basketball Arena in Tallaght on Tuesday.

After a tentative first quarter, which saw both sides struggle offensively, the game burst into life in the second quarter. There was nothing to separate the sides, as they went in at half-time level at 17 points apiece.

In the third quarter a big three pointer from Ballymahon’s Brian Mulvey was the pick of the scores, which saw them go ahead 28-23.

With less than two minutes to go there was just a point separating the sides, 30-29. A three-point jump shot by Jack Doran, with 1’37 to go, opened up a 33-29 lead for Ballymahon VS and that is how it would finish.

Ballymahon VS captain Jamie Brady was awarded the MVP, while Stephen Devlin from St Ronan’s College was the game’s top scorer on ten points.