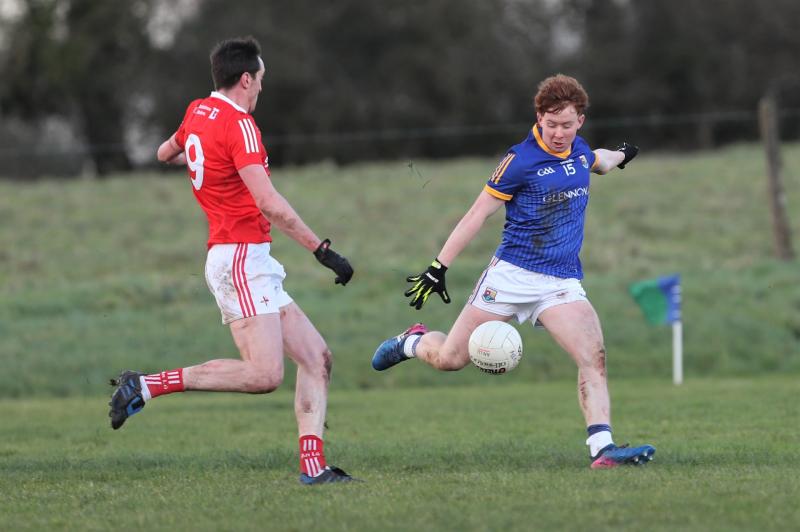 A stunning revival saw Billy O’Loughlin secure his first victory as Longford senior football manager in Clonbonny, home of Rathcline GAA club, in the opening round of the O’Byrne Cup this afternoon.

The win looked unlikely as Mickey Harte’s Louth led by 0-14 to 0-6 after 42 minutes and appeared to be cruising to a routine enough triumph.

However, a new-look Longford outfit featuring a host of debutants, and the reigning O’Byrne Cup champions from 2020 (there was no competition in 2021) exploded to life over the final quarter and they registered an unanswered 2-7, with goals coming from Oran Kenny and Ross McNerney,  to storm to success.

Louth began impressively and points from Conall McCaul, Liam Jackson and Tommy Durnin helped the ‘Wee County’ into a 0-3 to 0-1 lead after six minutes. Longford’s sole reply came from the boot of Dylan Farrell in the 3rd minute.

Dylan Farrell’s accurate 16th minute free split the uprights for Longford’s third point, however,  Conor Early and Jack Murphy responded for Louth, giving the visitors, who remarkably  had seven different scorers, a 0-7 to 0-3 cushion at the first half water break.

After the water break, Mickey Harte’s charges took up where they left off, by adding four unanswered points through excellent debut boy Jay Hughes (two frees and one from play) and Ryan Burns (free), increasing their advantage to eight points, 0-11 to 0-3, with 27 minutes gone.

Dylan Farrell (free) pulled a point back for Billy O’Loughlin’s Longford who included six debutants in the starting XV. Jay Hughes landed his 5th and Louth’s 12th point of the opening half in the 32nd minute and Longford registered the final score of the half courtesy of Dylan Farrell (free). Half-time: Longford 0-5 Louth 0-12.

After 42 minutes it was 0-14 to 0-6 in Louth’s favour. Jay Hughes (free) and sub Gerard Browne were on target with Longford’s reply coming through captain Michael  Quinn.

As both managers began to spring subs, it was Longford who profited the most and by the 51st minute they had reduced the deficit to two points, 1-9 to 0-14. Joseph Hagan, Darragh Doherty and Darren Gallagher (‘45) contributed points, with Oran Kenny, on his home pitch, tucking away in the goal in the 47th minute after a fine pass from Doherty.

The momentum had firmly swung Longford’s way and they were on level terms by the 63rd minute, 1-11 to 0-14, after Darren Gallagher and sub Ross McNerney were on target with frees. McNerney then marked his return to the inter-county fold with a vital 64th minute goal giving Longford the lead for the first time in the match, 2-11 to 0-14.

Joseph Hagan and Dessie Reynolds added points before the shrill of the final whistle as Longford wrapped up a five points victory, 2-13 to 0-14, thereby putting the gloss on their 13 points second half turnaround. 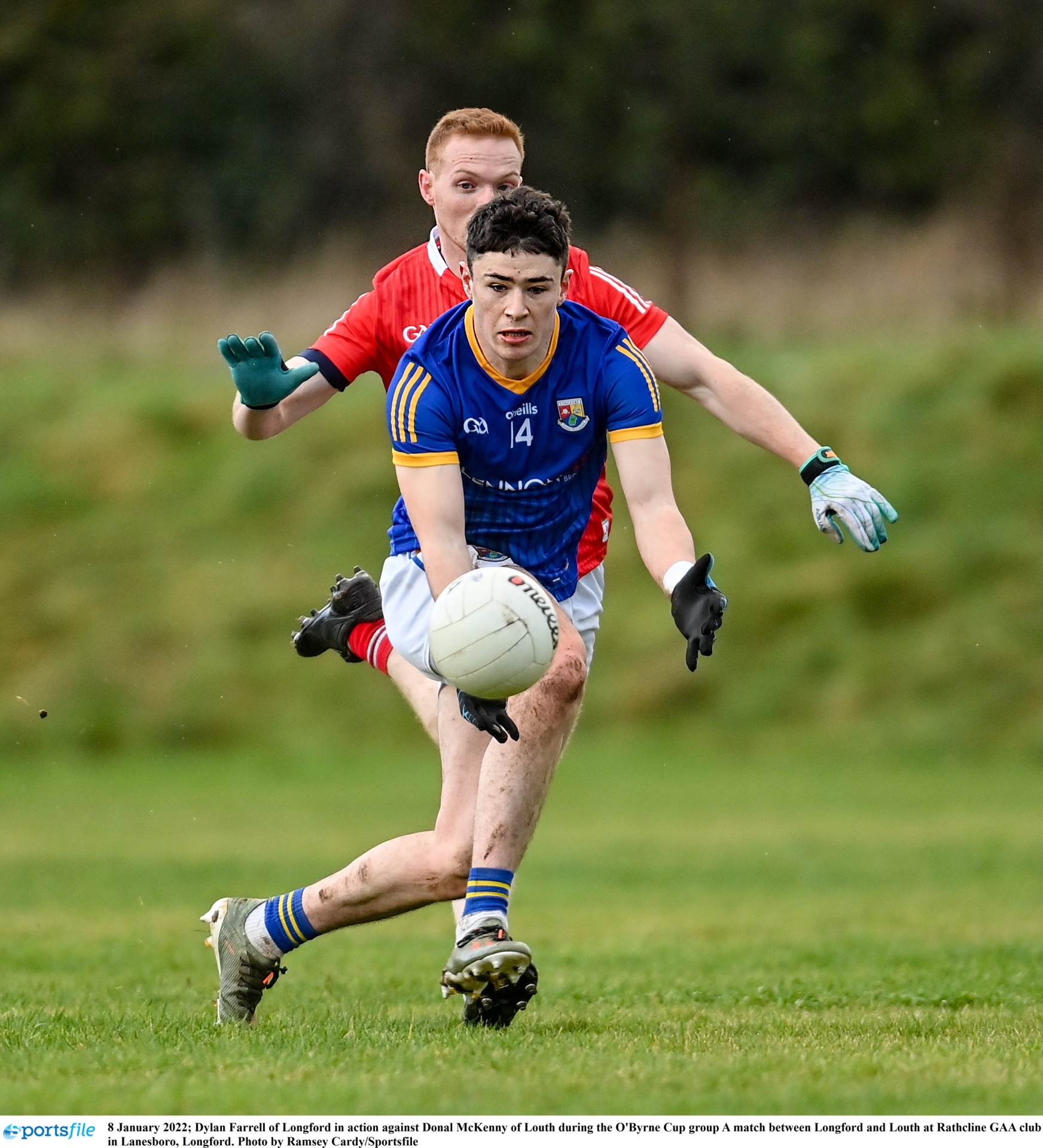 Dylan Farrell of Longford in action against Donal McKenny of Louth during the O'Byrne Cup group A match at Rathcline GAA club in Lanesboro. Picture: Ramsey Cardy/Sportsfile