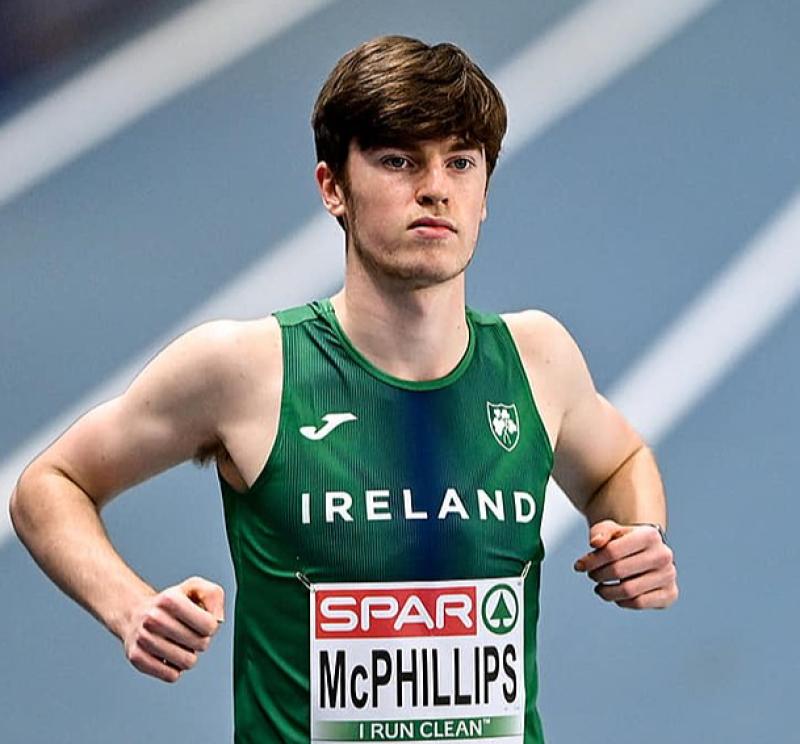 Following his strong run at the National championships in Santry on Sunday, Cian McPhillips has been selected for the Irish Junior Men’s team for the upcoming European Cross Country Championships at the Sports Campus Ireland course at Abbottstown in Dublin on December 12.

A very competitive field assembled on Sunday for the Junior (Under-20) men’s 6000 metres race with both National glory and securing a spot on the Irish team for the Europeans on the line. Cian, running in the UCD colours, certainly showed his range in moving up in distance following his summer track exploits over 800m and 1500m.

Having positioned himself early on in the lead group, which included pre-race favourite 16-year-old Nick Griggs (Mid Ulster AC), Cian ran strongly on the firm Santry course underfoot. Griggs, a rising star of Irish athletics, pulled away in the second half of the race to win ahead of Dean Casey (Ennis Track Club) with Cian finishing in fifth place.

Only the first three home were guaranteed a place on the team selected for the Europeans and Athletics Ireland on Monday evening confirmed that Cian was chosen as one of the three picks to join what is a very formidable Irish team.

Following his European Junior 1500m gold and record-breaking achievements on the track earlier in 2021, Cian can round off a memorable year at Abbottstown with the ‘Euro Cross’. It will also mark his final race as a junior athlete.

His talent continues to prosper under the excellent guidance of coach Joe Ryan and he is reaping the benefit of training with some of Ireland’s top young athletes at UCD which include National Under-23 champion Darragh McElhinney.