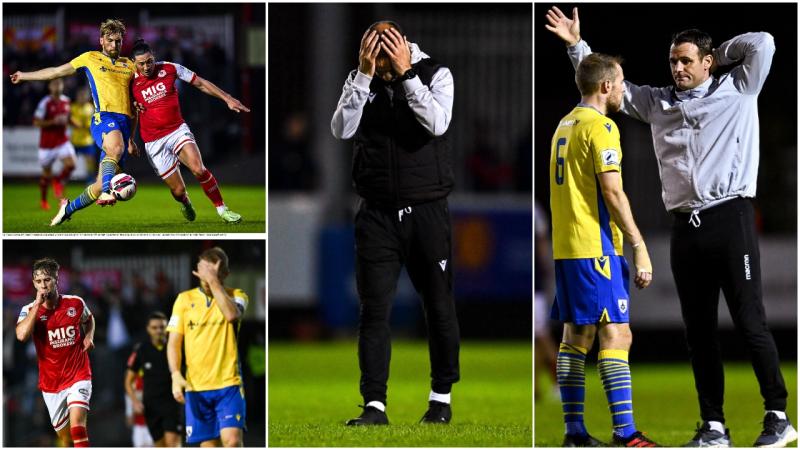 Despite a spirited performance Longford Town fell to another defeat as they succumbed to St Patrick's Athletic at Richmond Park this evening and they are now 25 games without a win in the SSE Airtricity League Premier Division and 17 points adrift at the bottom of the table with 10 games remaining.

Billy King opened the scoring for Pat’s but a stunning free kick from Dean Williams drew Town level on 51 minutes.

Town had chances but Pat’s added further goals through Chris Forrester and Darragh Burns made it 3-1 on 87 minutes.

Despite enjoying early possession the home side couldn’t break down a solid Town defence that stood firm. On 28 minutes Pat’s finally broke the deadlock when Alfie Lewis played the ball to King and from 30 yards out he fired the ball to the net.

Town were level six minutes after the break; Paddy Barrett fouled Williams outside the box, the players dusted himself down and his excellent free found the corner of the net.

Pat’s tried to regain the lead and pressed for a second goal; Aaron O’Driscoll did well to block King’s effort after he received the ball from Matty Smith.

On 67 minutes Pat’s got their second goal; a cross from Jack Hickman wasn’t cleared properly and Forrester was on hand to score from close range.

Town had a chance to level matters but Aaron Dobbs was stopped by excellent defending from Paddy Barrett. Pat’s got their third goal on the break when Burns curled the ball past Lee Steacy.

Deep in stoppage time Conor Davis grabbed a second goal for Town when he finished Aaron McNally’s cross to the net, but it was too little too late.

Another tough result to take it’s just not happening for us but it’s not from a lack of trying we give it everything all the time, on a personal note I’m so happy to be back playing again I’ve missed it badly hopefully I can kick on from here now https://t.co/zsnsOIachW

17 year old Longford lad James Abankwah playing centre back for St Patrick's Athletic tonight. One that got away for sure & highlights the need for @LongfordTownFC & Longford schoolboy league & their clubs to work together to keep local talent at home.