Still a brilliant achievement against the best in the world 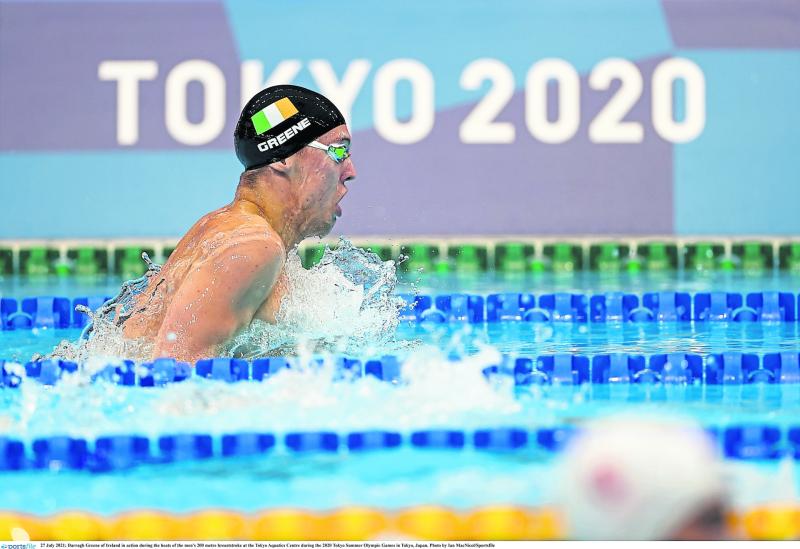 Darragh Greene in action in the heats of the Men's 200m Breaststroke at the Tokyo Aquatics Centre this Tuesday Pic: Ian MacNicol/Sportsfile

Darragh Greene missed out on a place in the semi-finals of the 200m Breaststroke at the Tokyo Olympics this Tuesday morning.

Darragh was competing in a super fast heat and finished in 7th place in a time of 2:11.09. The Newtownforbes native ended up 23rd overall in the world in the 200m Breaststroke, still a brilliant achievement.

It was a similar story in the 100m Breaststroke on Saturday when Darragh had to be content with a 4th place finish in a time of 1:00.30 in a brave bid to reach the semi-finals.

Coincidentally, going into the Games Darragh was ranked 29th in the world in the Men's 100m Breaststroke and with all heats completed, his time was 29th fastest.

The fastest 16 in the heats went through to the semi-finals.

The 2020 Olympics may be over for the outstanding Longford swimmer but it was an amazing journey which brought a tremendous feelgood factor to the county in making everyone feel so proud.