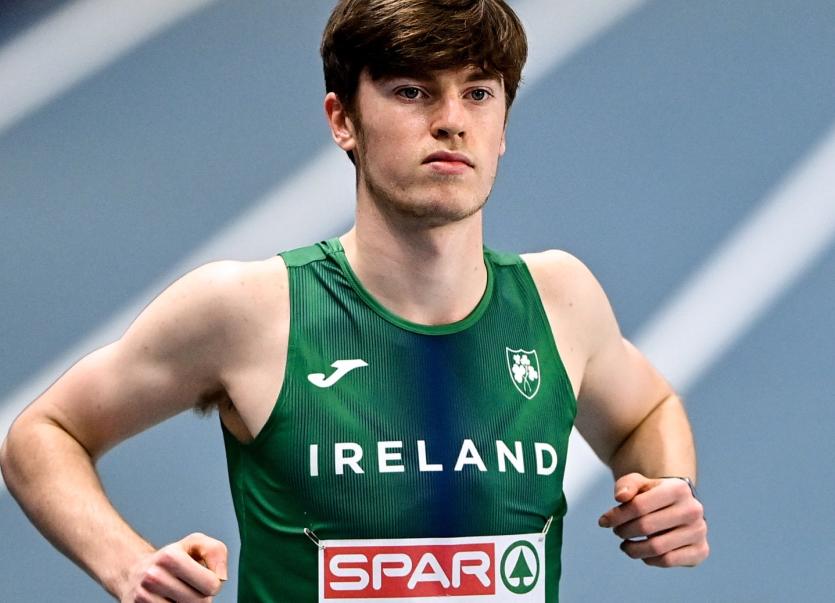 Cian McPhillips, who will run in the 1500 metres at the European Under-20 Athletics Championships in Estonia this week Pic: Sam Barnes/Sportsfile

Longford Athletic Club’s Cian McPhillips will this week take on the continent’s top junior middle-distance athletes in Estonia at the European Under-20 Championships.

Cian is part of a 33-strong Irish team that has travelled to Tallinn ahead of the championships which take place from 15-18 July.

He will run in the 1500 metres having previously run inside the 3:48 qualification standard. The heats of the event are scheduled for Thursday 15 July at 4pm local time (2pm Irish time). Should Cian qualify from his heat, the final will be on Saturday 17 July.

All events over the four days can be viewed on the European Athletics website via the live stream:https://european-athletics.com/

Following a slightly disrupted build up with his training as well as his recent Leaving Cert commitments, 19-year-old Cian travels to Estonia having only raced once so far in this outdoor track season. That was his win in the 1500m at the AAI Games in Dublin last month.

Cian’s experience however from competing at the European Senior Indoors in March should certainly stand to him. Championship racing is often more about tactics, rather than time, and no doubt the 800m finishing speed Cian possesses can be to his advantage in seeking to secure a place in Saturday’s final.

The 28 athletes entered in the junior men’s 1500m, from 17 different countries, will have to contend with the warm Tallinn temperatures which may rise above 30 degrees. This will be Cian’s first outdoor championships in an Irish vest since the 2018 European Under-18 1500m in Hungary.

Best of luck to Cian in what will be his final track championships as a junior having enjoyed much success on the track over the years in both the juvenile and junior ranks.