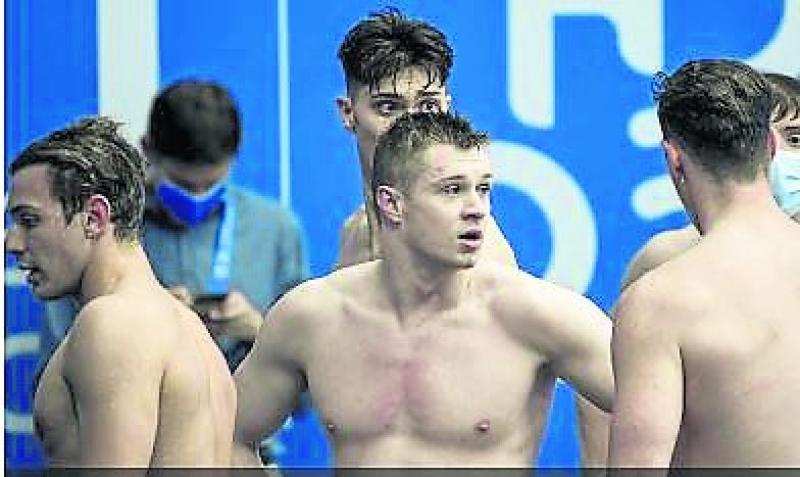 Back in Munich, the Irish women’s quartet competed in both the 4x100m Freestyle and Medley.

In a dramatic turn of events, Swim Ireland released a statement confirming that they received correspondence on Sunday, June 6 from FINA rescinding their invitation for Ireland to compete in another relay, the Men’s 4x100m Medley at the Tokyo Olympic Games.

Having received and accepted FINA’s invitation to compete on Saturday, June 5, Swim Ireland are extremely disappointed that FINA have told them that the invitation was issued in error, particularly given the impact on the affected athletes.

Swim Ireland intend to challenge the decision and are currently exploring all options in this regard.

Darragh Greene is a member of the Irish 4x100m Medley Relay team who just missed out on qualification for the Olympics but the  25-year-old from Newtownforbes will be heading to Tokyo to compete in the individual 100m and 200m Breaststroke events.

It is a magnificent achievement for the local lads, products of Longford Swimming Club where the boys began their careers and have brought great honour to the county with pulsating performances in the pool for the last few years.

Gerry Quinn is a member of Ireland's 4x200m Freestyle Relay team who produced  superb swims  to finish fifth in the final at the recent  European Championships in Budapest, and set a new Irish senior record in the process.

The outstanding  athletes broke the Irish Senior Record twice in the same day in Hungary.

After re-jigging the starting order to McMillan, Sloan, McGeever and Quinn, the quartet then swam 0.73 seconds quicker in the final to clock 7:12.00 and earn a final finishing position of 5th in Europe.

Gerry is son of Patricia (nee Honeyman from Ballinamore) and Longford solicitor Seamus Quinn and has been on a  scholarship at the University of Florida in Gainesville, USA, competing for the Gator Swim Club in that region.

Darragh Greene and the other members of the Ireland 4x100m Medley Relay team produced terrific swims to finish 7th in the final of the event at the recent LEN European Swimming Championships in Budapest.