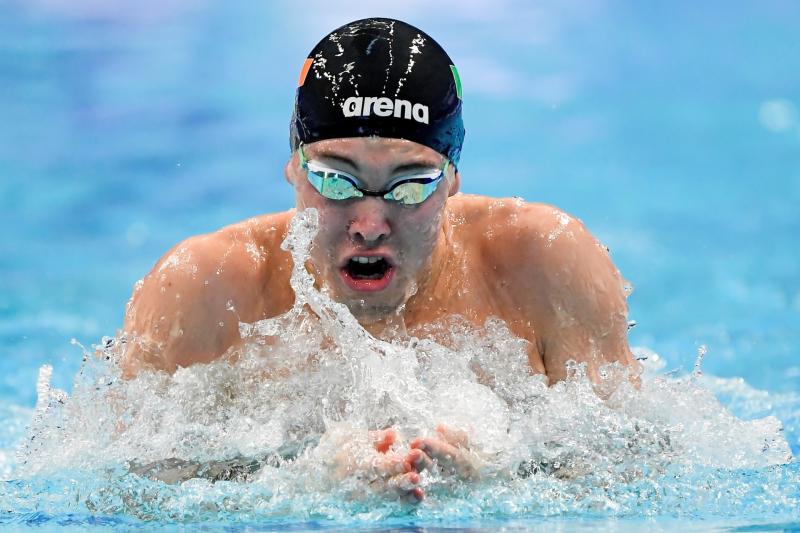 The goal for Ireland at this event is to qualify a swimming relay team for the Olympic Games for the first time since 1972, and so far every relay team that has competed at the Duna Arena has swum at least one new Irish Senior Record time.

On Thursday the Mixed 4x100m Medley Relay became the latest when Shane Ryan, Darragh Greene, Ellen Walshe and Danielle Hill clocked 3:49.08 to lower the previous record of 3:52.38 that had stood since 2017.

The quartet finished 13th in Europe, finishing in the top half of the biggest relay field of this championships.

Ireland will have another chance to advance Medley Relay chances for Tokyo 2021 when the Men’s and Women’s teams line up in Budapest on Sunday.

Earlier, Ards Swimming Club’s Paddy Johnston kicked Ireland’s Thursday off with a personal best of 24.62 in the 50m Butterfly heats.

The 20-year-old has never swum faster than 25 seconds before in 50m pool competition and finished fourth in his heat from the unfavourable outside lane, nine.

The performance was not quite enough this time to advance to the Semi-Finals.

The Loughborough University swimmer, who spent his formative years with Lisburn Swimming Club, set the 800m Freestyle record at the Irish National Team Trials in April – achieving the Olympic Consideration Time for Tokyo 2021 in the process.

The heats begin at 9am Irish time, with Semi-Finals for Corby’s event taking place on Friday evening, and the 800m Final scheduled for Saturday evening.