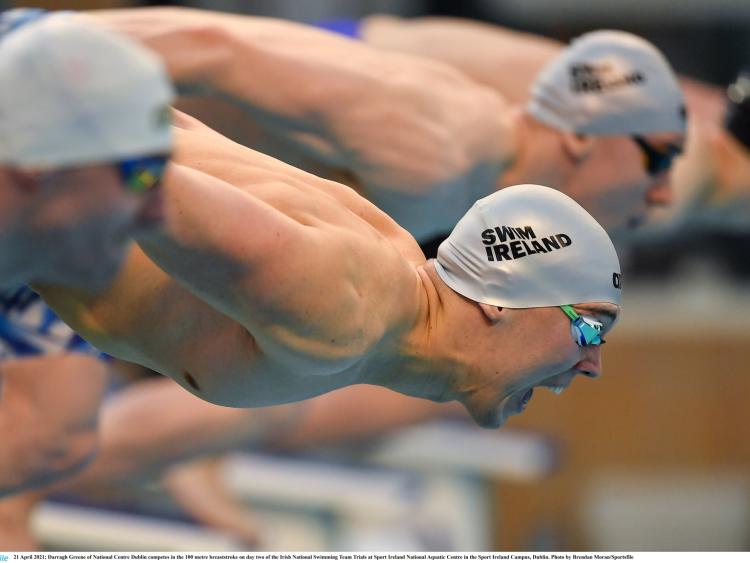 Darragh Greene breaking from the blocks in the 100m Breaststroke final on Day 2 of the Swim Ireland National Team Trials at the National Aquatic Centre on Wednesday Pic: Brendan Moran/Sportsfile

Swim Ireland’s Irish National Team Trials continue at the NAC in Dublin this week and 25-year-old Darragh Greene, already under the Olympic Qualifying time and heading for the Tokyo Games in July, won the 100m Breaststroke Final on Wednesday evening in a time of 1:00.08.

The outstanding Longford swimmer, who broke his own Irish senior record (59.76) in the heats on Tuesday, held off Eoin Corby (National Centre Limerick) in 1:00.21. 19-year-old Corby swam a best time of 1:00.15 in the semi-final and will need to find .23 between now and his next Olympic qualification opportunity.

Jack McMillan (Bangor) won the 200m Freestyle final, clocking 1:47.67, with Longford’s other swimming star Gerry Quinn finishing in fourth place in a time of 1:49.41, following his faster 1:48.87 swim in the semi-final.