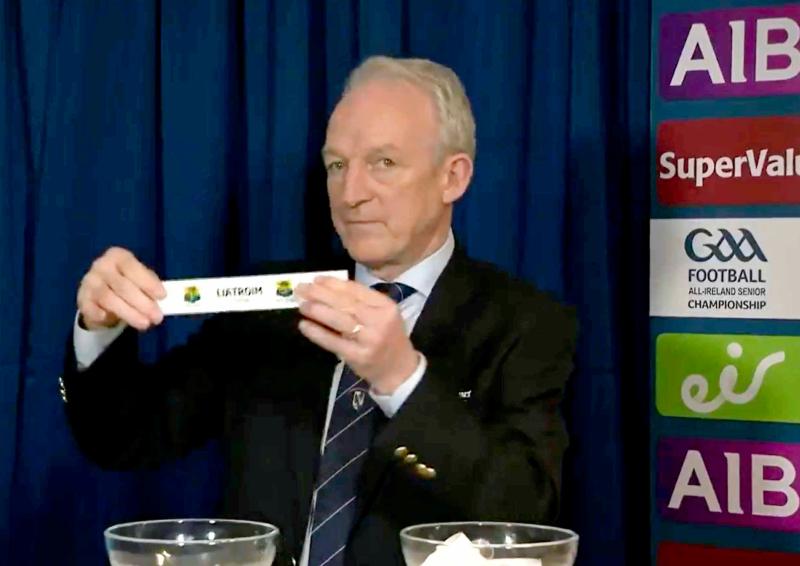 The Connacht GAA Council have said that they are happy with the integrity of Monday’s Connacht Senior Football Championship draw after concerns were raised on social media about the draw on RTE’s Six-One news.

GAA fans on social media demanded that the draw be declared null and void and held again with former Leitrim star Emlyn Mulligan among those who tweeted about the mechanics of the draw when it was shown on RTE’s news programme.

However, a spokesman for the Connacht GAA Council told the Leitrim Observer on Tuesday afternoon that “Both ourselves and RTE are happy with the integrity of the draw.

"It is quite clear from watching the full unedited video of the draw that the President of the Connacht Council is waiting for the presenter to finish speaking before pulling out the canister.”

The issue arose when Connacht GAA President Johnny Murphy, after drawing out his native Sligo to face Mayo in the first round, drew out a canister and was about to open it before dropping it back into the bowl as he listened to RTE’s Marty Morrisey describe the draw.

When the RTE presenter finished speaking, Mr Murphy then pulled out Leitrim as the team to face the winners of the Mayo and Sligo clash in the Connacht Semi-Final.

The footage of the draw drew fierce criticism from fans all over the province with some suggesting that Leitrim GAA demand a redraw of the championship while another tweeted that the optics of the draw were terrible.