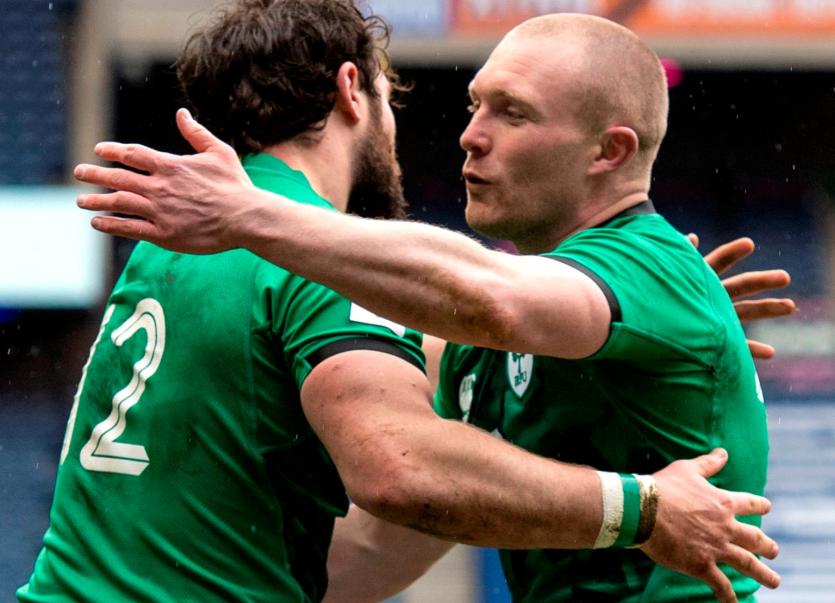 A late Jonathan Sexton penalty goal won the day for Ireland who looked all set to record a far more comfortable victory when leading 24-10 in the third quarter.

However, two converted tries from the home sides tied the scores before Sexton showed admirable composure to seal a nail-biting win with a terrific kick from close to the left touchline.

Ireland, who were recording their second win of this season's Six Nations, have now won 17 of their last 20 Championship meetings with Scotland, including the last six in all competitions.

The game saw Munster's CJ Stander win his 50th cap for Ireland. The number eight made his debut against Wales in 2016.

Out-half Sexton kicked Ireland in front from a fourth minute penalty from a good period of sustained early pressure.

Ireland's dream start continued in the eighth minute after centre Robbie Henshaw seized on the ball after Scotland failed to deal with Sexton's astute crossfield kick.

Sexton's conversion attempt collided with an upright, but Ireland's lead was eight points.

Scotland opened their account four minutes later, however, when Finn Russell landed a penalty after Tadhg Furlong was penalised at the breakdown.

The home side drew level in the 28th minute after Stuart Hogg charged the ball down from a Gary Ringrose clearance attempt before kicking it on. The ball bounced up and Russell pounced to score the try.

Russell'c conversion had Scotland ahead 10-8.

Back came Ireland again and a terrific kick-chase from Keith Earls helped Ireland win a penalty at the breakdown. Sexton dissected the uprights for 11-10, five minutes before half-time.

Sexton pushed Ireland's half-time lead out to four points, 14-10, with his second penalty of the afternoon.

Ireland moved two scores to the good 10 minutes after the restart when Man of the Match Tadhg Beirne dotted down after fortunate favoured a brave Ireland call in opting for a kick to the corner off a penalty award rather than choosing a kick at the posts.

Sexton's successful conversion made it 21-10. Ireland continued to turn the screw and Sexton landed his fourth successful kick of the game in the 55th minute to bring his tally of Test points to 900 and make the score 24-10.

Poor Ireland defiending out wide allowed Ireland back in the contest when Huw Jones scampered over. Russell's conversion left it a one score game at 24-17 with a quarter of the game to run.

Scotland were right back in the contest with Hamish Watson touched down in the 74th minute, while Russell's conversion tied the scores at 24-24.

Just as Ireland appeared to have lost all momentum, the visitors earned a penalty through excellent work from Ryan Baird and Sexton duly converted.