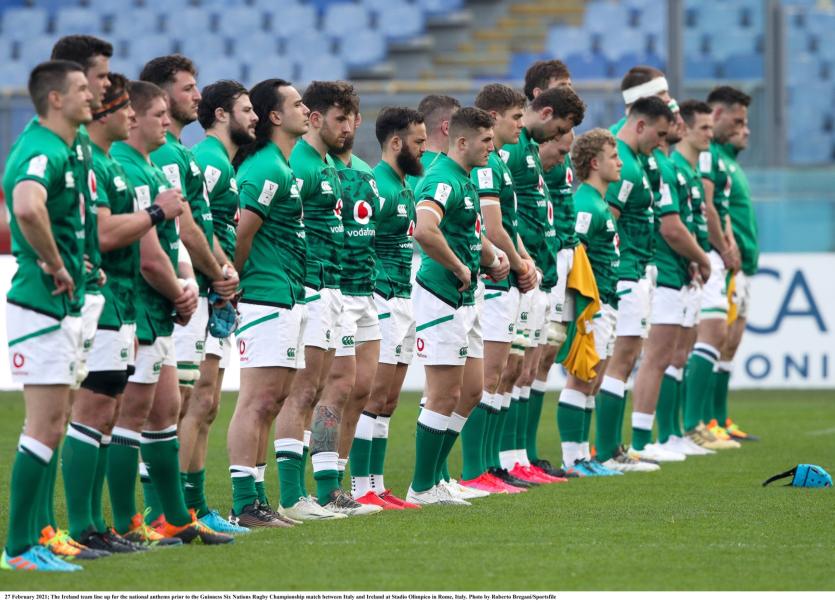 The Ireland team line up for the national anthem prior to the Italy game at the Stadio Olimpico in Rome, Italy. Photo: Roberto Bregani/Sportsfile

Ireland have made three changes from the side that defeated Italy, for Sunday's Six Nations clash with Scotland at BT Murrayfield in Round 4 of the 2021 Guinness Six Nations Championship.

In come Keith Earls in the back line while Cian Healy and Rob Herring starting up front.

Johnny Sexton captains the side and is again partnered at half-back by Jamison Gibson Park; Conor Murray returns to the bench following injury.

Robbie Henshaw and Garry Ringrose line out in midfield while Earls returns to the back three alongside James Lowe and Hugo Keenan.

Up front Healy and Herring are back in the the front row alongside Tadhg Furlong with James Ryan and Iain Henderson again packing down in the second row.