Longford rugby club news: Pressure is on Ireland to deliver a performance against Italy in Guinness Six Nations 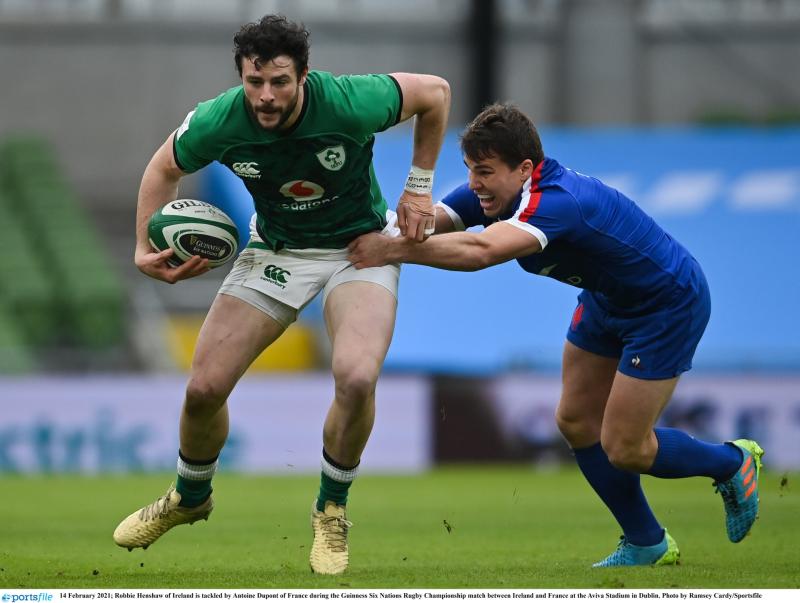 The weekend past was a rest weekend as far as the Six Nations was concerned. However, the PRO 14 had a full round of games, with the Irish provinces all enjoying wins.

Munster are all but guaranteed a final appearance where they lead conference A by nine points from 2nd placed Connacht.

Leinster’s win versus the Dragons and Ulster not securing a bonus point in their win versus Glasgow means they have drawn five points clear of Ulster at the top of Conference B.

However, a win or bust trip to Ravenhill to take on Ulster still looms on the horizon.

Jack Carthy was again good for Connacht, Craig Casey showed well for Munster and Harry and Ross Byrne started side by side at out-half and first centre in Leinster’s win away to the Dragons.

There have been a lot of calls for change, with Ireland out of the Six Nations Championship running. However, anyone making those calls will be disappointed as the Ireland squad shows no change for the game versus Italy with all indications that Andy Farrell will play what he sees as his strongest team including starting Murray and Sexton.

This week, we review the Six Nations so far and Director of Rugby Niall Moran previews the Italy game. Ireland face Italy on Saturday at 2.15pm. Their remaining fixtures are away to Scotland on Sunday, March 14 and home to England on Saturday, March 20.

SIX NATIONS by Niall Moran
In the lead up to this year’s competition, the noises coming from the Irish camp were of title winning campaigns. At the time, it did seem a little fanciful, but as the professional coaching staff keep informing us mere mortals, it is they, the educated providers of wisdom, that get to experience the efforts of the squad in the training environment, so by extension, they know best.

Such proclamations are dangerous at the best of times, but this is the year of even numbers, when we welcome the might of France and England to our patch. This invariably leads to talk of Grand Slams and Championship wins, a line that Andy Farrell maintained in the build up.

The difficulty for Farrell is that to win the Championship you have to have a team on for, hitting their straps at just the right time. This would normally mean that selections are based on current form, and, just to confuse matters, where form isn’t evident, based on credit in the Bank. The head coach dipped a bit into column A and a bit into column B without ever actually nailing his colours to the mast.

2020 had fallen well below Welsh expectations, with wins only against Italy (twice) and Georgia. The Irish selection dipped into the credit in the Bank column, with Conor Murray, Jonathan Sexton and Peter O’Mahony keeping their places on the basis of what they are capable of delivering, rather than what they have delivered this season. John Cooney, Luke McGrath, Caelan Blade, Kieran Marmion and Jack Carty all failed to get recognition for their form to date this season.

Nonetheless it looks as if Ireland could win this one. Then Peter O’Mahony, in a moment lacking clarity, clears out a ruck dangerously, and Ireland play the next 60 odd minutes with 14 men. The effort was immense from the men in green, from the moment O’Mahony exited the pack, but that isn’t enough in international rugby. Tadhg Beirne and Robbie Henshaw led from the front in a performance that fell just short. Green shoots perhaps?

While everyone was focusing on the great heart and effort that the Irish team showed, the lack of accuracy in execution seemed to go unnoticed. James Lowe, again, showed an inability to defend. It's all very well and good, scoring tries in the Pro14 for fun with Leinster, but on the big stage, the slightest weakness gets exposed. Billy Burns collapsed in the final 5 minutes of the game. Never mind, the late miscued kick to touch, these things happen, what about the pass behind Garry Ringrose after quick ruck ball when we had actually gotten behind the Welsh defence. Not international level, but hey.
They say you need to be a lucky general rather than a good one. Andy Farrell certainly isn’t lucky; we will find out if he is good over the next couple of weeks. Johnathan Sexton, Conor Murray, James Ryan and Peter O’Mahony all ruled out. The full brains trust of the Irish team gone. But his players played for Farrell. The French may have kept the Irish in the game, with uncharacteristic errors, but that is the pressure of an international arena.

A loss by two points is credible, to a French side on their game, and building to the 2023 World Cup, which they are targeting to win on home soil. The issue was again the poor execution. James Lowe had a mighty effort for a try ruled out, but his kicking, particularly in the last 5 minutes was again poor. Some scribes are talking about how well Jamison Gibson Park played. But when he box kicked, how many of them were retrievable. It's all very well adhering to the game plan, but execute it. The issue in relation to Jonathan Sexton number 2 is still not solved either after last week.

The business case is we need to win, and the general consensus is, we have too much for the Italians, but the performance this weekend is more important than the result.

Farrell has a full hand to select from, with the obvious exception of the suspended Peter O’Mahony, but he needs a performance. Our attack needs to function. If it does, we will crack on into Scotland with a real peep in our step. If we don’t perform, well, let's think about that after the event.

Sympathy
Longford RFC would like to express our deepest sympathies to the family and friends of our former Women’s Player Bernice Treacy who passed away on Thursday. Ar dheis Dé go raibh a hanam.

Skills Challenges
Log on to our Club Community Rugby Officer Dylan Quinn’s Twitter page for weekly skills challenges from Dylan and other Leinster CCRO’s. It is tough for everyone not being able to train but now is the time to work on your skills especially something you have always wanted to work on as hopefully come September rugby will be back in full swing. Why not contact your coach and ask him to help you plan a training strategy which you can do from your own home?

Website
www.longfordrugby.com is back up and running with an updated club crest, which goes back to the future and an updated header and footer. Check out our website for all things Longford Rugby and more. If you want to contribute articles or pictures, they are welcome, please email lrfconnects@gmail.com