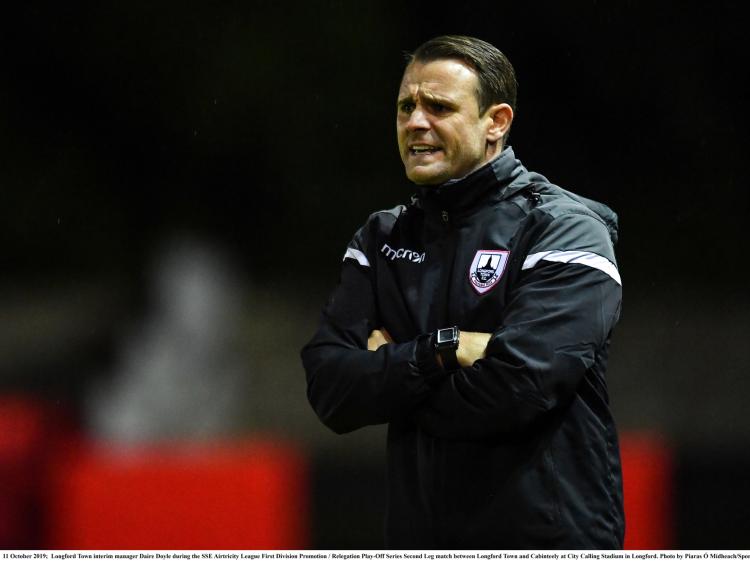 Longford Town manager Daire Doyle insists his side can be competitive in the upcoming Premier Division season and will not be there merely to make up the numbers.

Town gained promotion to the Premier Division in November by defeating Shelbourne in the promotion / relegation play-off final.

Also read: Longford Town star Joe Manley delighted club 'are back where they should be'

Doyle is realistic about his side’s chances.

During a press conference, conducted over Zoom, last Friday evening, he outlined:

“We are under no illusions, every single game in the league is going to be very competitive.

“With ourselves and Drogs coming up from the First Division we’d be expected, by I suppose by the bookmakers, by people looking at in on the outside, that we’ll possibly be down as some of the favourites to be down there or thereabouts.

“That may be the case but we have expectations that we will be competitive in every single game.” 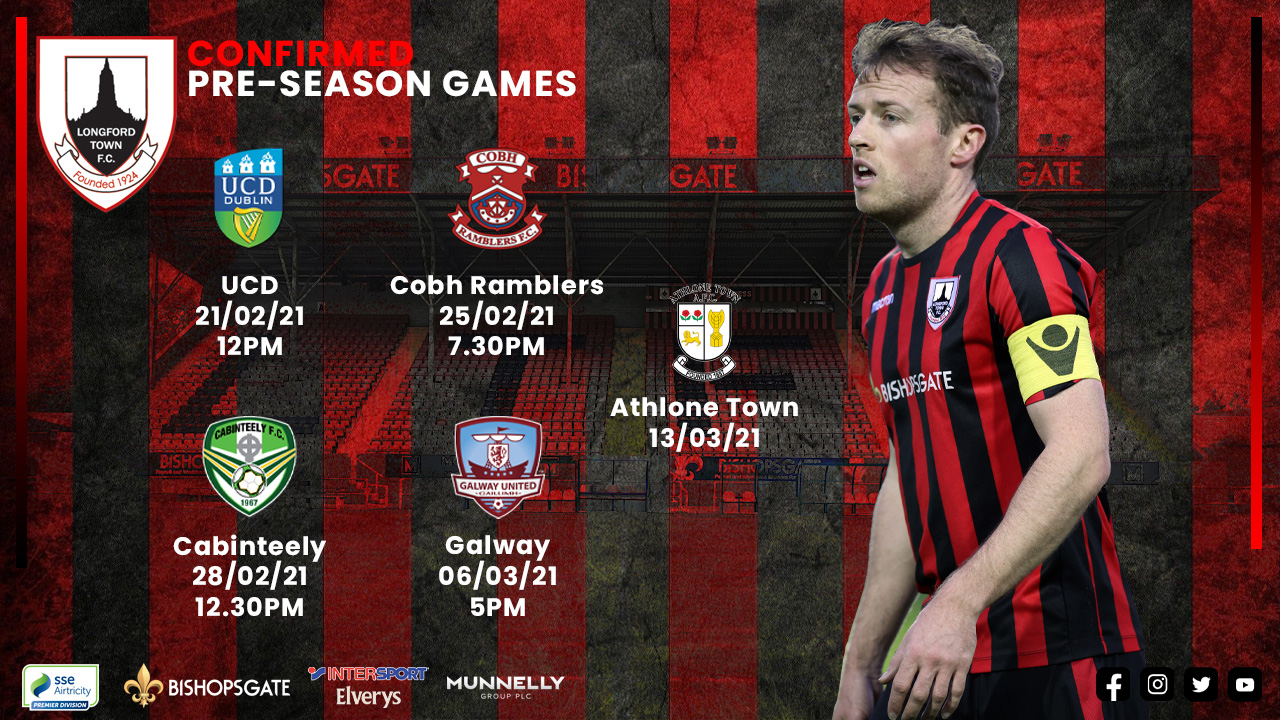 “That’s the mindset that we’ll have in our players; we’re coming up not just to make up the numbers. We want to be really competitive.”

Doyle has kept faith with the majority of the side that got him promoted to the Premier Division.

He acknowledged how important that was, “It was important that we did that. What we have here at the club is a lot of players who now have been together a long time as a group.

“We have players who have matured together, played together, trained together over that period of time. They are a very close knit group that we have. They got on really well. They back each other up and I know that they are there for each other.

“So I felt that it was important we kept what we could and what we needed. We had a couple of players that haven’t been able to continue on the journey with us (Dylan Hand, Adam Evans and Niall Barnes).

“It would probably be wrong of me not to mention those lads and thank them for the efforts they put in last year.”

The Town boss is happy with the players he has brought in and feels they’ll be an asset.

For him it was about players who could fit in and add to what is already there at the club.

“We took a lot of time to identify the right targets and the right people that we wanted to bring in. We felt we’ve brought in some really good players and some really good characters that will fit in what we want and they will add to the existing group.
“As one, I think we will be really strong as a group and we’ll back each other throughout the season.”

Among the players Doyle has signed is Callum Thompson, the youngster impressed while on loan at Bray Wanderers last season.

Doyle knows the attacking players will get Town supporters excited.

“Conor Davis, Callum Thompson and we’ve also brought Dobbsy (Aaron Dobbs) back to the club. Young Callum Thompson returned from Wolves and he was on loan to Bray from Bohs.

“He can really excite the fans in how he plays and how strong he is in one v one situations on the pitch.”

Doyle concluded, “I’m hopeful every player we signed will shine. With the existing players we’ll have plenty of competition for places.”