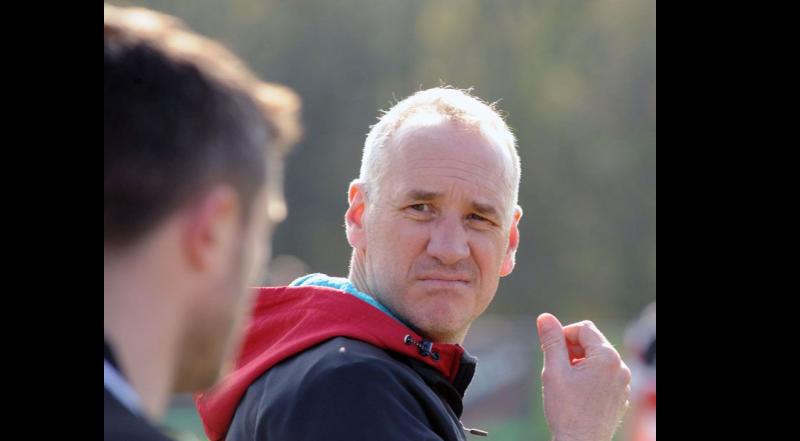 Disappointed Longford coach Glenn Baskett has said the cancellation of the Leinster League is of little surprise.

He commented, “The IRFU announcement last week that the AIL leagues are cancelled now for the 20/21 season, and by extension all Leinster League will now follow is of no surprise to me.

“I know they had been holding out hoping for a window to get playing but it just isn’t there. It’s hugely disappointing as the season held only two2 pre season games for us and we had to sit out the first week of league games because our fixture against Clondalkin was moved due to them not preparing for the game adequately.

“I know the boys are frustrated at not getting any rugby played, and in reality when the 2021/22 season starts we will have gone 18 months without a competitive fixture. I have my own frustrations with how the IRFU watched proceedings around them when they could have led in this environment. And from a personal point of view a year’s work is lost with these boys.

“A lot of planning and preparation had gone into the season that people don’t necessarily realise. You try to upskill yourself by looking elsewhere to improve, which in turn hopefully improves the players and that is all done in the off season and windows of time, and then you don’t get to implement a lot of the new stuff.

“As a group we came off the back of a J2 league win and were looking to back that up. And the J1 team had a clear goal that we had looked at and now we obviously have lost those opportunities. There is talk from Leinster at possibly extending our season till 31 May to try to get some rugby played, but I don’t believe that is a viable option and it will not happen.

“Now we need to reassess where we are at, the club are in the middle of putting in a world class pitch to add to the excellent facilities and I would hope that this can become the switch to flick and start again fresh. Because now we all just have to look ahead to a new season with new opportunities, we can’t look back. The important thing for everyone is to loom at the opportunities we have and not be frustrated by the past 12 months.”

Training
All collective training is currently suspended in line with Government and IRFU guidelines.

At the moment, there is no date for a resumption of activities but needless to say we will be ready and willing as soon as we are allowed to do so. It is possible that a Rugby 7s programme will take place during the Summer to allow players to get back playing rugby. Rugby 7’s on faster harder pitches is normally a great spectacle.

We would urge all our players and members to keep active during this time. The IRFU are currently running a series of free webinars for players and coaches, which can be accessed on www.irishrugby.ie

Also our CCRO, Dylan Quinn will be posting a series of rugby related challenges, which you can do at home on his twitter page https://twitter.com/ quinn_dylan

Lynsey’s sad story was covered extensively in the national media last week. Her spirit in the face of tremendous adversity is inspiring.

The Bennett family have a long association with the club with her father Coote and her uncle Cecil, former 1st team members. Her father Coote played for the Longford 2nd XV side that won the 2nds Towns Cup in 1982.