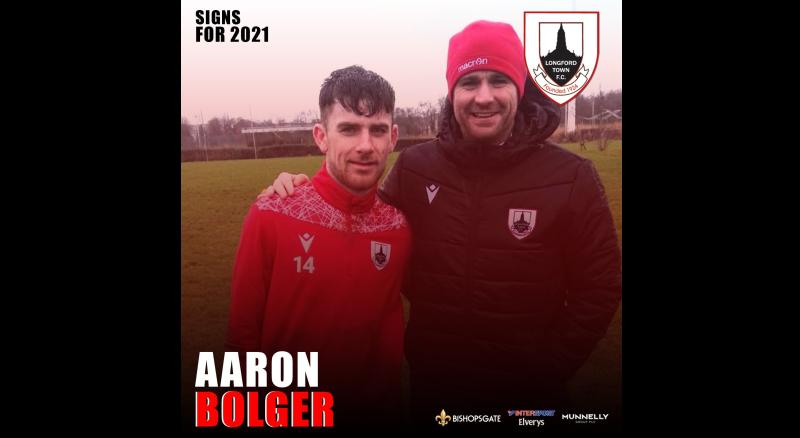 Longford Town FC has announced the loan signing of Aaron Bolger from Cardiff City. Bolger previously captained the Irish U19 side.

Doyle commented, "Aaron is a really exciting signing for our club coming in on loan from Cardiff City. Aaron has been involved at first team level since he was 16 at Shamrock Rovers and earned a move to Cardiff. When the opportunity to bring Aaron in came up we were delighted to be able to get the deal done. We look forward to him showing everyone what he is capable of this season!"

20-year-old Bolger told LTFC.ie, "I'm really looking forward to get going, after speaking to Daire over the phone and his ambitions for the season, it was something that really impressed me. I’ve always liked the way Longford played having played against them in the past. They like to get the ball down and play football and that suits my game so I can’t wait to get back doing what I love and helping the club get results."

Over the weekend, Longford Town also announced the siging of Aaron Robinson for the 2021 season from Bluebell in the Leinster Senior League where he attracted a lot of attention with his powerful displays and performances.

The SSE Airtricity League Premier Division Fixtures are scheduled to be announced on Monday, February 1 at 5pm.

Longford Town FC is delighted to announce the loan signing of @aaronbolger_ from @CardiffCityFC#Town2021 ⚫⚽ pic.twitter.com/A0Aqp58vZJ

Delighted to sign for Longford Town! Looking forward to the season ahead ⚽ https://t.co/qaHzrIYSTG