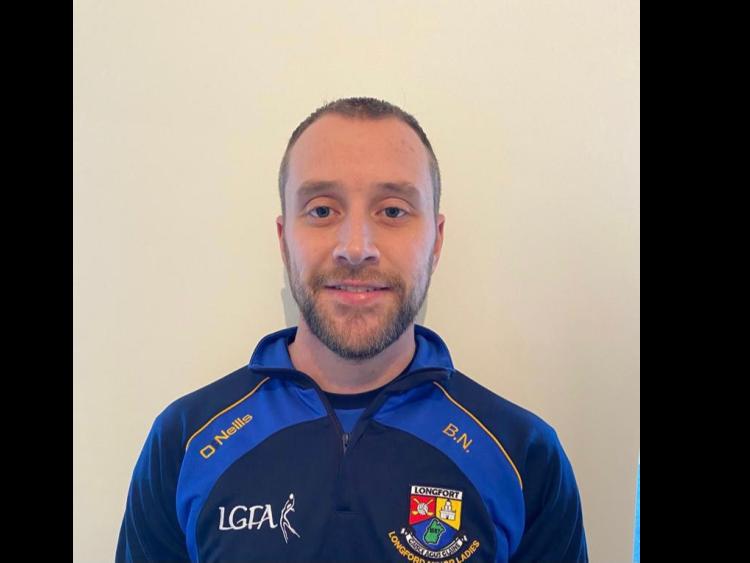 After gaining considerable coaching experience in recent years, Mostrim’s Brian Noonan takes another step forward with his popular appointment as the new manager of the Longford ladies Intermediate football squad.

Noonan, the joint boss of the Longford minor (U-17) men last season along with Vinny Nally (Granard), is making an immediate return to inter-county coaching and is certainly no stranger to ladies football in the county.

Apart from guiding his native club Mostrim to consecutive county senior ladies finals in 2016 (losing out to Killoe) and 2017 (beaten by Clonguish after a replay), Brian also found the time to take charge of the Longford minor girls football squad in those same years.

Noonan has a lot of belief in Longford’s ability with several promising young players progressing from the successful underage county teams to the senior set up and is really looking forward to the challenge.

“I suppose I always had an eye on managing the Longford ladies senior squad at some stage and I believe that we can be very competitive in the league and championship this year.

“Some of the experienced players are returning to play with the county and with all the ability and talent so evident in the younger girls, we are capable of doing well in the various competitions.

The Longford ladies football squad will play in Division 3 of the Lidl National League this season whenever it gets the green light to proceed amid the chaotic coronavirus pandemic that is still hitting sport hard.

Longford are seemingly in the same group as Sligo, Laois and Down while the other counties pitted in Division 3 are Roscommon, Kildare, Wicklow and Fermanagh.

The Leinster and All-Ireland Intermediate Championship campaigns (with neighbouring rivals Westmeath the firm favourites) are also on the agenda for Noonan and the other members of the management team.

There is a reunion with Vinny Nally while the other selectors are Eugene Quaine Jnr (Carrickedmond), Emmet Toher (Killoe) and John Coyle (Mostrim).

Former Killoe and Longford ladies football star Sharon Treacy (Dowd) is looking after the strength and conditioning factor and the new county manager Noonan has the support of a good backroom team in their collective bid to make things better.

“The initial target is to retain the Division 3 status with a decent chance of reaching the semi-finals.

“It is important that the National League goes ahead with some talk that it might not due to the current Covid lockdown and no sign of easing the Level 5 restrictions.

“We are rebuilding for the future of Longford ladies football, which I think is very bright, and hopefully the results this season will be reflected in our efforts to make steady progress,” stated Brian.

Noonan takes over from Enda Sheridan (Westmeath) who stepped down after two years in charge of the county ladies football team.

Alan Mullen from Westmeath is the new manager of the Longford ladies football minor squad for the 2021 season.