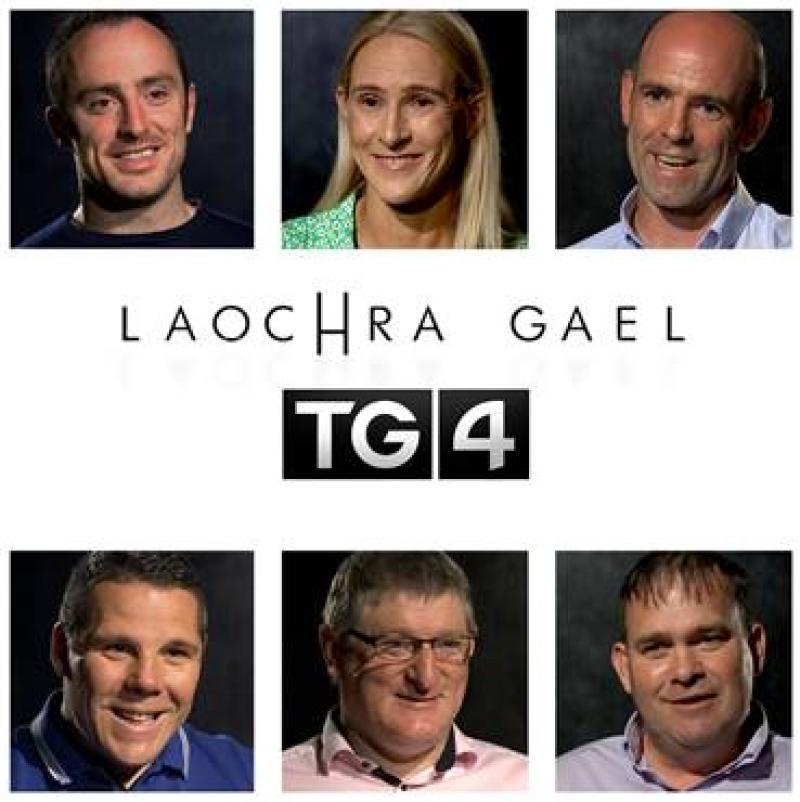 The inter-county gaelic games season may have come to an end last weekend but GAA fans will have plenty to watch during January when the 19th season of Laochra Gael returns to our screens on TG4 in the New Year.

The definitive GAA sports series returns to TG4 this spring for a 19th series. The hour-long format has proved a huge success, bringing each player's personal stories to screen. This series features twelve Laochra with genuine star quality and reveals deeper, fresh and sometimes unexpected insights into the lives of these icons.

While their sporting careers continue to provide the backdrop to the story, the series travels well beyond the four white lines. Gripping personal storylines will compel viewers to travel towards territory unique to the GAA television landscape.

Ahead of the new Laochra Gael Series Uachtarán CLG, John Horan said: "I am delighted to see the success of the Laochra Gael series continuing and for another batch of worthy heroes to be recognised.

“The history of the GAA has been blessed by some inspirational figures who have helped shape the games that are so popular today and mean so much to so many. This series gives us a chance to again salute that contribution. Congrats to all involved."

TG4's Head of Sport, Rónán Ó Coisdealbha said "This is the beginning of the nineteenth series of Laochra Gael which aired on TG4 for the first time in 2001 and it has continued as a long standing and popular part of our schedule bringing these amazing stories to viewers in Ireland and all over the world.

Twelve outstanding Gaels. Twelve remarkable personal stories.  The series is produced by NemetonTV, the independent production company from An Rinn in the Waterford Gaeltacht which has produced much of TG4's acclaimed sports coverage.

The new Laochra Gael season will air on TG4 at 9:30pm on Thursday evenings starting on Thursday January 7.

A synopsis of the first six programmes are as follows:

The acclaimed Laochra Gael returns for an 19th series, with the story of Donegal footballer, Kevin Cassidy. Born in Glasgow, the family moved to his mother's homeplace of Donegal in his youth. With a new language and sport to learn, Kevin embraced both eagerly. He was a star for Gaoth Dobhair and soon became a cornerstone of the county team. Under Jim McGuinness, they were on the brink of glory, with Cassidy at the heart. But he was suddenly dropped from the panel because of his contribution to a book, and when the Championship win came, Kevin Cassidy was nowhere to be seen.

The second programme in the new series of Laochra Gael tells the story of Ryan O'Dwyer. He was making strides for the Tipperary hurlers when he lost his place just before they won an All Ireland. He transferred to Dublin and was the heart of the hurling revival in the capital. It seemed that they were on the brink of glory, but disaster struck when Ryan was sent off in the All Ireland semi-final. He continued to perform heroics for the Dubs when his playing career and his life were put in danger as the result of an unprovoked assault.

The series continues with the story of Thérèse Maher. The eighth of eleven children from a famous hurling family, Thérèse stood out from a very young age. She made her Galway debut at just 16, and it seemed that she was destined for success. But the win on the big day eluded her and Thérèse lost five All Ireland Finals. On top of this, she lost both her mother and her father during this time. And so, there was widespread jubilation when, on All Ireland Final Day in 2013, in her last ever game, Thérèse Maher fulfilled her destiny.

Shane turned his back on a lucrative soccer career, and so Gaelic Football followers got to enjoy one of the games great characters. Whether he was causing chaos as with a controversial penalty or literally spilling his own blood as Roscommon captain, you couldn't keep your eyes off "Cake". Behind the antics was a deadly serious competitor, the prototype of the modern playmaking goalkeeper, who warmed the hearts of the nation when he finally won his All Ireland medal with his club at the age of 40.

The heartbeat of the mighty Offaly team of the 90s, and one of the game's true characters, Johnny was at the heart of some of hurling's great dramas: from the five-minute final and the infamous '98 sit-in. Tales of Johnny's off-field excesses were many, and sometimes, but not always exaggerated, often by the man himself. The myth that he took the game and his talents for granted couldn't be further from the truth. Hurling has, and always will, had a deep and profound meaning for Johnny P.

Laochra Gael continues with the story of Dermot Earley. Named after his legendary father, Dermot was determined to make a name for himself. He did just that when he was at the heart of Kildare historic 1998 campaign while still in his teens. Sadly, that would be the highpoint of his football career. In the following years he suffered dreadful injuries, he fought a cancer battle, and in 2010 he was dealt a severe blow with the death of his father. Throughout it all Dermot continued to battle with determination and bravery for his county, and for his family.