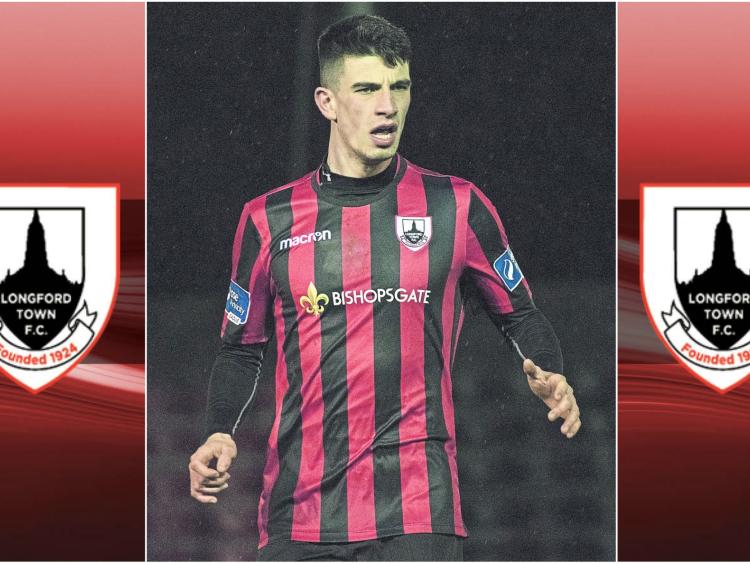 A goal in each half from Rob Manley saw Longford Town record a victory away to Shamrock Rovers II in Tallaght Stadium and move to second in the SSE Airtricity League First Division table, on level points with leaders Cabinteely but with one game more played.

Coming on the back of last week’s 3-1 home victory over Wexford Youths, this was another positive result for Daire Doyle’s Longford squad and keeps their promotion prospects very much alive.

Impressive match winner Manley opened the scoring in the 34th minute capitalised on a mistake made by Rovers’ Jordan Tallen to shoot home.

No better Feeling Buzzing to get back on the scoresheet great shift from the Lads ⚫️ https://t.co/peyjHPChq7

He got his and the Town’s second on 47 minutes when he headed home Adam Evans’ free kick.

Rovers pulled a goal back in the 77th minute which made for a nervy ending. It was substitute Kevin Zeffi that scored the goal from a rebound.

The home side had chances to get something out of the game. On 80 minutes Town keeper Lee Steacy pulled off a terrific save to deny Rovers and five minutes later Town defender Joe Gorman did very well to stop Zeffi from grabbing his second of the night and Rovers’ equaliser.

It was Town that started the game well and enjoyed early possession. It was Rovers who had the first chance of the game on five minutes.

Manley came close to breaking the deadlock on 20 minutes but his effort was deflected out for a corner.

Dean Byrne came close minutes later before Manley scored his first goal on 34 minutes. The Town didn’t have to wait too long into the second half to grab a second goal when Manley headed home on 47 minutes.

Both teams created opportunities and on 77 minutes Rovers pulled a goal back. Try as they might they couldn’t add to that goal and Town held on for an important win.

Subs: Dean McMenamy for A Bolger and Cole Omorehiomnan for J Ryan (55mins), Kevin Zeffi for A Wells and Aidomo Emakhu for A Dunne (69mins)

What a night in the First Division