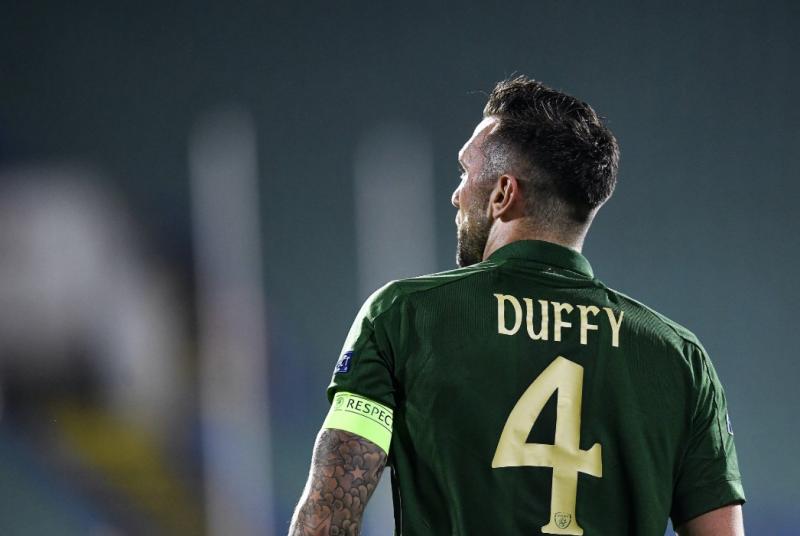 Shane Duffy saved Ireland with a late goal against Bulgaria

Shane Duffy ended a memorable week on a high as his last gasp headed goal against Bulgaria earned the Republic of Ireland a deserved draw in Stephen Kenny’s first game in charge.

The defender, who joined Celtic on loan only yesterday, was named as captain for the game, and it got even better when he got on the end of a Robbie Brady corner to earn a Nations League draw just when it seemed that Bulgaria had nicked the win.

It was a new dawn for Ireland, with former City boss Kenny eager to impress his preferred style of play on his new charges.

Ireland bossed possession and made almost twice the number of passes as their opponents throughout but after a goalless first half, Bulgaria took the lead. Conor Hourihane gave the ball away in midfield, and that led to a chance for Bozhidar Kraev, who rifled the ball through Randolph’s legs. Kraev incidentally has a goal against Derry City to his name from the game between FC Midtjylland and the Candystripes in the Europa League back in 2017.

It was Duffy who had the last word as Brady won a late corner and his cross was met by Duffy who headed in a goal which Ireland deserved.