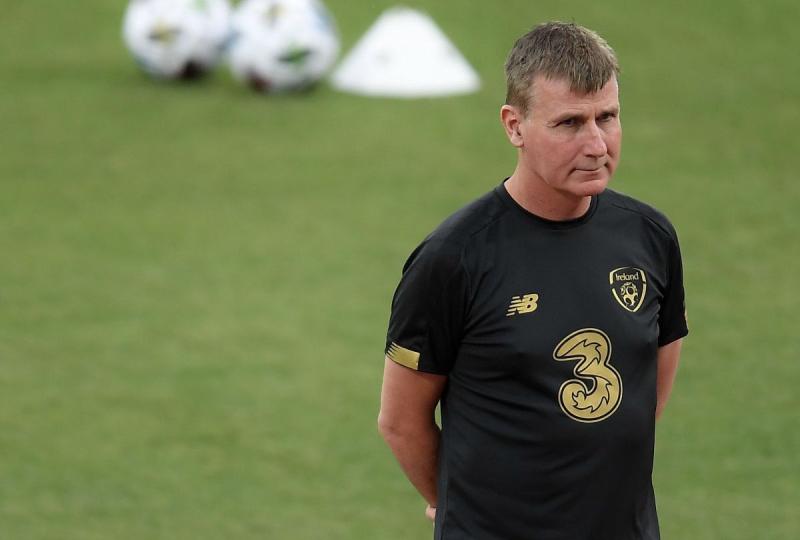 The match in Sofia on Thursday, September 3, with kick-off at 7.45pm (Irish Time) will be former Longford Town boss Kenny's first match in charge of the national team ahead of a potential eight matches between now and November.

Congratulations and best of luck to former @LongfordTownFC manager Stephen Kenny who takes charge of the Republic of Ireland team for the first time tonight against Bulgaria.

We are all behind you!

The Ireland squad landed in Sofia on Tuesday night and trained at the Vasil Levski Stadium ahead of match day.

Despite the short period of time Kenny has had to work with the Ireland squad, he has stressed the importance of playing for Ireland and has encouraged his players to display their talents.

"You've got to have values and you've got to stand for something, and I think that's important in the way the team will evolve," said Kenny.

1️⃣9️⃣9️⃣8️⃣: A 26-year-old Stephen Kenny became the manager of Longford Town FC in the First Division.

2️⃣0️⃣2️⃣0️⃣: A 48-year-old Stephen Kenny will take charge of his first game for the Republic Of Ireland tonight.

The day a former manager of Longford Town takes charge of the national team. Beyond proud pic.twitter.com/3qWOFqyypY

"Always having that desire to play for Ireland and the realising the importance of playing for Ireland. I always want my team to have confidence in possession and also to want to show the full array of your talents.

"The last couple of days, we've been working on how we're going to play. It's been a really short time and it had to be modified as players played pre-season friendlies at the weekend.

"So, these games against Bulgaria and Finland are important to us because every international game for Ireland is important."

Ireland go into their Group Four match tomorrow evening looking to start their campaign on a positive note before Sunday's fixture in Dublin against Finland.

The UEFA Nations League represents a chance of 2022 World Cup qualification and this is a fact that isn't lost on Ireland manager Stephen Kenny.

"The winners of the group also have a chance, a good chance, of a World Cup play-off and we can't dismiss that. It's a tough group, with Wales as well, and there is a lot of football to be played, six matches, and then the Euro play-offs. It's a challenge but it's a challenge we're going to embrace," continued Kenny.

"We've only had two days. It would be great to have a good start. Bulgaria have had a couple of good results recently, beating the Czech Republic in the Euro qualifiers.

"Since their new coach has come in, they've played well so anything we get in Sofia, we'll have to earn."

A huge night for Stephen Kenny tonight as he manages the @FAIreland national team for the first time, and what a journey to this point it has been with plenty of highs, best of luck Stephen! pic.twitter.com/bG6w2do7a0

Today's the day for Stephen Kenny, and well, for all of us!

Drew this for the match programme of his debut with the u21's a couple years ago.

Its been a long wait since then, I'm excited about tonight. Very little work getting done today pic.twitter.com/1C9Y89lKxH